If you're not happy with the results, please do another search 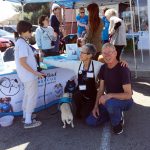 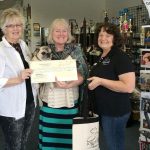 South Valley - May 29, 2015
Forgiving Paws Thrift Store in Hollister opened its doors in March 2015 with the goal of raising funds for local animal rescues including Peace of Mind Dog Rescue in Pacific Grove, Central Coast Pug Rescue in Santa Cruz, Pet Friends in Hollister and the Hollister Animal Shelter. 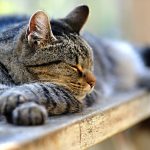 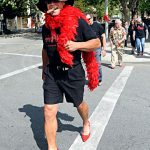 Calendar: Walk a Mile in Her Shoes set for Saturday 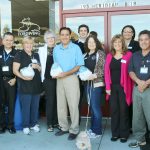 South Valley - November 25, 2015
Representatives of Cerritos, Calif.-based CareMore, showed up in force Nov. 20 in front of the Forgiving Paws Thrift Shop to give away 50 turkeys to Medicare-eligible residents for the holidays. 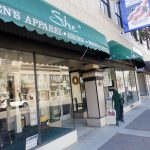 South Valley - June 25, 2015
After 23 years in business, She’s clothing store will shut its doors for good at month’s end. The Free Lance talked with owner Sheila Stevens about her time at She’s, ownership of several downtown businesses and her next phase in life as she plans to open a consignment store in the coming months as she recovers from health issues. 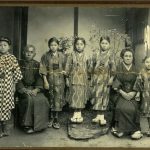 Kodomo No Tame Ni (For the Sake of the Children): The Life of Kichigoro...

submitted - February 10, 2014
For twenty-five years, Kichigoro Tanimura called San Juan Bautista home. Arriving in 1897, Mr. Tanimura (pronounced tah-nee-moo-rah) was an Issei, a first generation Japanese immigrant to the United States, who hoped the experience would improve his family’s dire circumstances. For the past several years, Fran Schwamm, Mr. Tanimura’s paternal granddaughter, has painstakingly researched and documented her grandfather’s life in an effort to cement his place in history. Among the first Japanese immigrants to San Benito County, Mr. Tanimura belonged to a community that shaped our county in a myriad of ways. In 1922, Mr. Tanimura returned to Japan, taking with him riches, both material and personal, as well as experiences and memories that defined his later years. As San Benito County left its imprint upon Kichigoro Tanimura, so too, did he leave an indelible mark on our county’s historical tapestry. 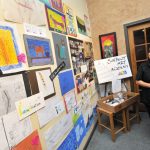 South Valley - February 22, 2013
Student artwork from the last five years of classes at San Benito Street Art Academy will be on display at Mars Hill Coffee House through the end of February as the local art school celebrates its fifth anniversary. 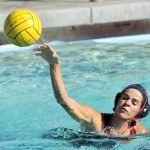 The Haybalers started the season 0-5 overall and 0-3 in Monterey Bay Gabilan Division play before earning their first win on Thursday, prevailing 8-3 over visiting Santa Cruz.

“It’s really a great relief for the team,” said Riley Drexler, who scored two goals in the victory. “Now we can focus more on playing our game, and feel less stressed trying to get that first win.”

The Haybalers won their first-ever Central Coast Section playoff match last year, beating Palo Alto, 9-8, in the opening round of the Division I playoffs. Of course, that squad had record-breaking goal-scorer Caitlin Shafer, who tallied 213 goals to break the single-season Monterey Bay League record.

Shafer is now playing at Loyola Marymount University, and a team simply doesn’t replace a player who scored 485 career goals. However, if San Benito coach Hayley Vandercook is supposed to be worried, she certainly isn’t showing it.

“Our team is getting better at learning how to step up in Caitlin’s place,” said Vandercook, who is in her sixth year coaching the team. “We lost our top two players, but we have some very good players coming back. I’m confident they’re only going to improve with each game.”

Especially Drexler, who only started playing the sport in her freshman year. The junior utility/two-meter defender decided to try out for water polo because she definitely prefers moving in the water compared with moving on dry land.

“I hate running,” she said. “Even when I played soccer, I was a goalie. I just hate running.”

Drexler scored both of her goals against Santa Cruz in the second period, the first of which came on a breakaway after she stole the ball at mid-pool. Moments later, Drexler displayed a nice touch, lofting a beautiful floater from eight meters away over the Santa Cruz goalie to make it 3-0 with 5:40 left until halftime.

Drexler then delivered the assist on a give-and-go sequence with Erin Hepner to make it 4-0 at the intermission. Santa Cruz finally scored its first goal with 6:45 left in the third, but San Benito ended the period with three unanswered tallies to essentially seal the outcome.

“Our defense is usually good, but I think against Santa Cruz we were really good,” Drexler said. “We got in their passing lanes and shut them down from scoring.”

Vandercook said the 6-foot-1 Smithee is a Division I prospect, and the junior certainly looked the part against the Cardinals, repeatedly stuffing their scoring chances.

“We’re definitely lucky to have Rachel back in the cage,” Vandercook said.

The Balers need to rely on their speed and keep their passing crisp to move up in the Gabilan Division, which Vandercook fully expects her team to do.

“This convincing win over Santa Cruz shows we’re putting it all together,” she said. “I feel good where we’re headed. Our record doesn’t show much right now, but I have all the confidence in the world the girls are going to be right where they need to be later in the season.”

In a short period of time, Drexler has proven to be a potential breakout star. A key reserve on last year’s team, Drexler has made dramatic improvements in every facet of her game after her club season playing for Otter Bay in Monterey.

And to think: It was a little over two years ago when Drexler had never felt so nervous when she tried out for the water polo junior varsity team.

“At that point I didn’t even know how to tread water,” Drexler said. “I was just learning the rules, and hadn’t swam in a while. Afterwards, I was dead. I just went home and slept.”

Fortunately for the Balers, Drexler’s love for the game only grew from that point on. 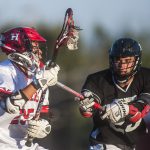