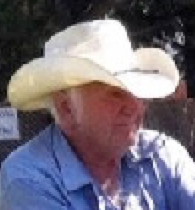 Frank J. Cerrato Jr., aged 91, a life-long resident of Hollister, CA passed away on May 21, 2019 in San Jose, CA following a catastrophic stroke. Never one to believe in postponing the inevitable, Mr. Cerrato eschewed life sustaining treatment in favor of a brief stay at Good Samaritan Hospital before hurrying home to Heaven to be reunited with his eternal family, especially his son, Frankie.

Frank was born in Hollister on Grass Valley Road, just up the road where he lived all of his life. The proud son of Italian immigrants, Frank moved to the “Home Place Ranch” on Cienega Road at the tender age of 3. He and his identical twin brother, Harold, along with older sisters Janet and Terry, attended local grammar schools and graduated from San Benito High School. Frank worked with his father and brother planting trees and tending the ever-expanding orchards. Growing apricots, walnuts and French and Imperial plums, (later dried into prunes), kept everyone busy throughout the year. Frank and Harold were both veterans of the Korean War. They both served in the U.S. Army. Harold was stationed in Alaska and Frank served as a combat heavy equipment repairman with the Armored Calvary in Korea.

Some years later, Frank married Dorotha Hager Castro and moved “a couple of doors down” Cienega Road to the new family’s house on the ranch. A daughter, Lisa Ann Cerrato and later a son, Frank J. Cerrato Jr., completed Dorotha and Frank’s world. Frank was a dedicated orchardist who never took time away from work for himself.

He labored to give his family, particularly his children, all of the benefits that the American Dream could provide. Never wanting to take a vacation himself, he did enjoy memberships in the Hollister Dance Club, the local Elks Lodge and the Farm Bureau.

The highlight of the year for Frank came every June. He looked forward to attending the San Benito Saddle Horse Show and Rodeo. He only missed the war years. Frank enjoyed watching “the locals”, and especially his children, compete in the various classes.

Frank always admired the skill and agility needed by both horse and rider in the stock horse classes. Gregarious by nature, Frank enjoyed “shooting the breeze” with everyone, old timers and new friends alike!

Frank is survived by his sister Terry Cerrato of San Francisco, (now a resident of Whispering Pines); his daughter Lisa Ann Cerrato, also a life-long resident of Hollister and a local elementary school teacher; a niece Heather Keating of Chandler, AZ, and his wife Dorotha’s son from her previous marriage, Don Castro.

Frank enjoyed the outdoors and all of God\’s creatures, especially dogs. Donations in Frank’s memory should be directed to Pet Friends for their spay and neuter program and can be left at the mortuary for your convenience.

Visitation was held on Wednesday, May 29th along with the recitation of the Holy Rosary. A Mass of the Resurrection was held on Thursday, May 30th at Immaculate Conception Church in Tres Pinos. Entombment followed at Calvary Cemetery.