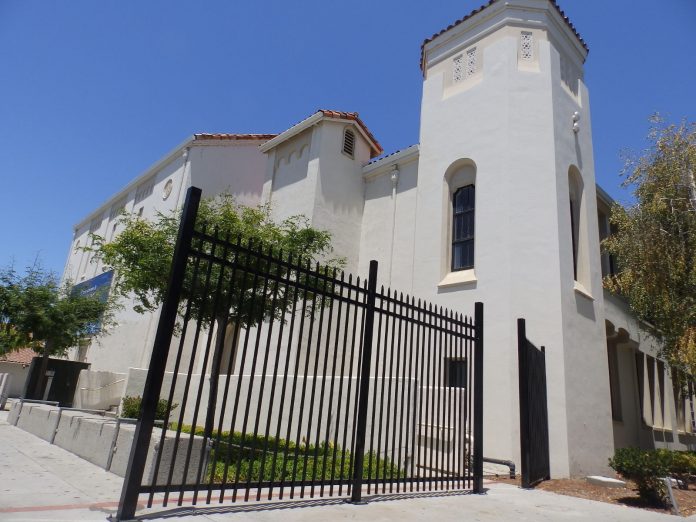 It’s been a wet year in San Benito County, but now a potential community aquatic center is making a splash around town.

Local nonprofit Hollister for Aquatics is looking to partner with the San Benito High School District, the City of Hollister and the county for a community-accessible aquatic center. The high school district is planning to add two new pools to the campus with funding from local school bond measures. This is where the nonprofit sees opportunity.

“The plan we see as a nonprofit that makes the most sense for the City of Hollister and San Benito County is to jump onboard with that proposal,” said Hollister for Aquatics Chief Operations Officer Jud Shutts. “That would include the recreation center, which becomes a major draw during the summer. During the day it would provide recreational water for local residents. It also becomes a water feature attraction that no one else has in a 50-mile radius around Hollister. That becomes our market.”

According to SBHS Superintendent Shawn Tennenbaum, the district has gone out for Request for Qualifications for architectural services for both a 50-meter Olympic-size pool and a learn-to-swim pool for students and student-athletes.

“We’re also looking to add a component which would be a recreational facility where we could really tap into the need here in San Benito County,” Tennenbaum said at a county meeting in April.

The proposed recreation aspect could include a waterslide, lazy river, wave generator with ocean-like conditions, a wave pool with beach entry, a snack bar with concession areas, meeting rooms and more.

The project would be jointly funded by the high school district, the City of Hollister and the county, Shutts said. Hollister for Aquatics would act as fourth party to handle administration and operation.

“We’d run it as a business,” he said. “Income from the facility would pay for salaries, power, benefits, insurance, lighting, gas, all of that. It decreases the overall cost to run it that the high school would see. The nonprofit would run it, set aside money to replace things that get worn out, buy accessories and make it self-sustaining.”

Shutts said the project would benefit the entire region. It would employ around 60 to 70 people during the summer, with local high school students targeted for employment.

“Taxpayers will see money is going to benefit themselves,” Shutts said. “It’s not going to hire anybody new on the payroll or pension fund. It’s nothing but a benefit.”

Although the high school district’s request doesn’t currently include the recreation component, Tennenbaum said he supports the idea.

“I think it’s a worthwhile endeavor,” he said. “The district is open to joint use agreements. With the recreation component, there’s potential to have a segmented aquatic complex. The community would have access to that throughout the week. It’d be an opportunity for us to work together on how best to segment off the complex for potential community use.”

Tennenbaum presented the joint venture to county supervisors at an April meeting. He said the district was committed to building two pools and that it would like to build the aquatic center for residents of the county.

During the meeting, Chairman Jaime De La Cruz said the real question for the project came down to funding.

“We have a lot of issues,” De La Cruz said. “We have a wish list. We’ve got to find $5 million for our jail. We got our roads, our staff. It’s an endless number of items we’re trying to fulfill. I will support this idea as long as it ain’t coming from the general fund. It has to be from some other funding mechanism, but not from the general fund.”

“The county has many needs and committing $4-5 million dollars for one thing, one aspect of the regional park, I don’t think we can do that,” Muenzer said. “I feel that this needs to be a public/private partnership. I have not seen any private participation in this as of yet. If I go forward with supporting this, I definitely want to see significant participation of private funds for this.”

Supervisor Robert Rivas said he didn’t have any problem using county money for the benefit of the community.

“As a community, we entrusted the high school district with a significant amount of public monies to invest in our only high school here in Hollister,” Rivas said. “This is a vision I can get behind because I believe there’s a significant, immediate benefit for our county and for our residents.”

Hollister Vice Mayor Karson Klauer said he liked the plan when he saw a presentation at an intergovernmental meeting.

“It’s definitely a very neat plan,” Klauer said. “I think anything that has that type of vision is something we need to continue with and see where it goes, but the amount of investment needed to make that happen, there’s going to need to be some serious discussions about funding.”

Klauer said he wasn’t sure what kind of economic benefit the proposed recreation aspect would bring, but that it could still be beneficial to the city.

“It’d be an awesome place for people to go hang out and enjoy themselves,” he said. “It’s something that would be neat to have, but from the ongoing financing part of it, we’d have to delve in real deep.”

“The successful pools have attractions and things people want to come enjoy, whether that’s a thrill ride or sitting on a beach entry with your feet in the water,” he said. “The recreation side is designed to present all that to the public. The other thing is programs for recreation at exercise. Looking at similar pools with similar facilities that offer everything from aerobics classes, swim lessons, etc. All these things generate income to offset operating expenses. And we plan to do all that.”

He hopes local representatives will support the project.

“I’d like for the city and county representatives to say, ‘Let’s find a way to do it’ instead of ‘Here are the reasons we can’t do it.’ Let’s be proactive and go forward, not reactionary and say ‘no we can’t.’”