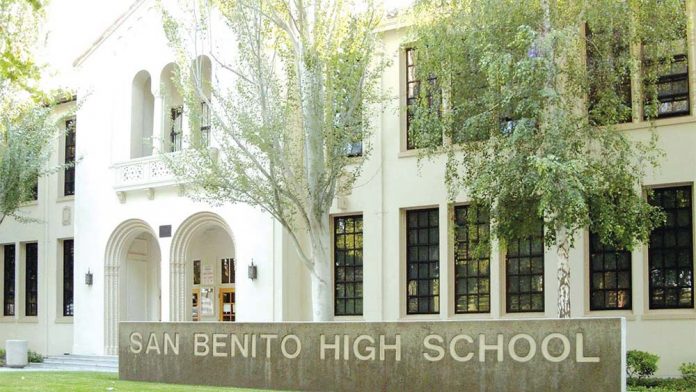 Final ballots were still being counted at mid-week, but there is no doubt about the fate of the bond measure sought by the San Benito High School District.

As administrators try and figure out where they go from here, they are not alone, as school districts across the state will be missing out on monetary assistance they were seeking.

The San Benito High School District is on that list as a result of 63.2 percent of voters who voted no on Measure L on March 3, as of March 10. The district’s $30 million bond measure would have needed more than 55 percent of voters saying Yes to be approved.

The district’s Board of Trustees had placed the measure on the ballot in hopes of being allowed to issue $30 million in bonds to finance construction, reconstruction, rehabilitation or replacement of school facilities within the district. Voters had overwhelmingly approved a $60 bond measure in 2016.

Shawn Tennenbaum, superintendent at SBHSD, said these hopes were dashed as the district joined an unprecedented number of local school bonds and parcel tax measures that are either failing or bombed.

“Our community is exceptional, but when you look across the state it was really a statewide voters’ message that resonated,” he said. “It’s not indicative of San Benito County— it’s also Orange County, San Diego County, LA and Fresno.”

There were 121 local school bond measures on the March 3 ballot with $17 billion proposed throughout California, a record number across the state in counties from San Diego to Eureka.

Morgan Hill Unified School District was denied a $900 million school bond–Measure I– as 60 percent of the voters chose no.

About 66 percent of the state voted against Proposition 13, a $15 billion state bond issue to help schools, community colleges and universities with construction costs for their facilities.

“I talked to superintendents, I’ve talked to organizations and the message is still the same: What really happened here?” Tennenbaum said in a March 9 interview. “People are trying to figure it out.”

Tennenbaum said he believes voters across the state were anxious about a lot of different factors such as COVID-19 or perhaps the stock market crashing.

“I think there was just a cumulative effect,” he said.

Other plans included constructing a new multi-purpose building with a student union and cafeteria.

The space was meant to provide students and community members a common space to eat, study and collaborate. There was supposed to be space for the district’s healthy meals program, as well.

Tennenbaum said all this was the final 15 percent of the district’s Facilities Master Plan, which was introduced in 2015.

“This would’ve finished San Benito High school in the near future. We’ve been discussing what’s next, ” Tennenbaum said.

In 2014, voters in the SBHSD narrowly approved (56 percent) a $43 million bond. It helped fund projects such as a $17 million vocational education building.

Tennenbaum said they’ve received support from the community, which has also been unprecedented.

Tennenbaum said they were pretty judicious on how they handled the previous two bonds, especially after they saved money off of a tax rate.

He mentioned that all the projects were completed under budget and ontime.

“The goal is to continue to work toward completing the Facilities Master Plan whether it’s now or in the future,” Tennenbaum said. “We’ll continue to strive for that and we think that’s in the best interest of our students, our student-athletes, our staff, our parents and our greater school community.”