Sonny Perdue is a veterinarian, and a former governor of Georgia. He also is the U.S. Secretary of Agriculture. He spent one day in the nation’s biggest agricultural state last week—California—presumably to show that the Trump Administration cares about and understands our state’s critical role in the U.S farm economy.

California has taken it on the chin in the past 15 months, as our tech industry, environmental standards, cannabis industry, immigrant families, alternative energy industry, gun control and national parks—just to name a few—have been in the new Administration’s crosshairs.

Perdue tried to put on a friendly face last week, as he rolled out his plans for a new Farm Bill.

As if the summer of 2018 didn’t offer enough fodder for political torment, it also is the time when the five-year Farm Bill—a mix of farm subsidies, incentives, price protections, environmental issues, even food stamps—comes up for renewal.

Eight days after unveiling his plans for a new Farm Bill in Washington, Perdue headed to California to help sell the plan to farmers in the nation’s biggest agricultural state.

His visit was to have included stops at farms in both Hollister and Gilroy, but the second day was canceled as Perdue was called back to the White House for a special Cabinet meeting on immigration.

California’s farm leaders have expressed support for some aspects of the new Farm Bill, but proposed immigration policies are a big sticking point with many farmers and farm worker organizations.

California Farm Bureau President Jamie Johansson has said the Administration’s proposed “Guestworker Act” contains a number of features that would harm the current immigrant employees on whom California farms and ranches depend.

Agriculture is big business in San Benito and southern Santa Clara counties, where farm and ag producers are among the biggest employers, and biggest taxpayers.

The pending Farm Bill renewal and revision looms in the context of the national immigration debate.

In California, the California Farm Bureau, whose leaders joined part of the Perdue tour, are worried about Trump Administration plans for drastically changing immigration rules at the expense of the state’s farms and farm workers.
The Farm Bureau’s Johansson said, “There’s a longstanding need to create a workable temporary-visa program for agriculture that provides greater stability and opportunities for agricultural employees and their families.”

He said the Trump plan “would cause too much disruption for our employees and our communities.”

A Farm Bureau survey last year said 55 percent of farmers had employee shortages. Of farmers who hire employees on a seasonal basis, 69 percent reported shortages, especially among farmers whose crops require the most intensive hand labor, such as fruits and grapes—key crops in our region.

The survey respondents attributed some of this shortage to the “fear and anxiety’ among employees over changes in immigration laws and enforcement policies.

Uncertainty and fear don’t combine to create a good climate for employers or employees. While the Trump administration may be in denial about climate change, it is moving forward to create its own man-made changes in the climate for agricultural producers, especially in California.

That’s a big cloud on the horizon for this growing season and for this political season.

Secretary Perdue should come back to California for more visits, and spend more time listening. 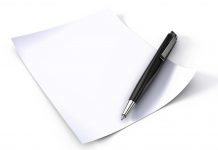