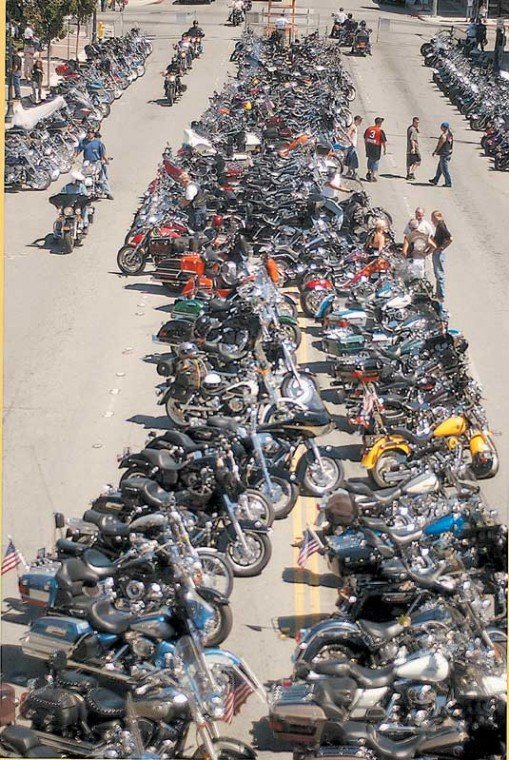 Community Board: Funding reality, and a fix, for the biker rally

City of Hollister officials have punted their decision on the Hollister Independence Rally and face yet another year with a tenuous fate and little time to prepare for 2017.

It’s the same old story for Hollister council members. The city has negotiated and held out until the middle of the year on the rally calendar to make a decision on the following year’s event. This reflects the larger population’s general unease, with some people liking it and others disliking the motorcycle event that draws thousands of outsiders to town for three or four days.

At some point, preferably now, council members have to make a real long-term decision on this event. That doesn’t just mean signing a non-binding (pointless) agreement to have a promoter run the rally for five years like what happened in 2013 with Worldwide Dynamics, which has been out of the picture now for more than two years.

Making a long-term decision on the motorcycle rally means council members must accept the fact that the city will need to subsidize the event, with a relatively small injection, to make it sustainable. History is there to substantiate the reality. The city keeps coming back to this same contentious point because the promoter wants to rightfully make money and the city wants to either break even or make a buck for itself.

Council members have to face truth. The rally doesn’t have nearly the same draw it did 10 or 15 years ago, largely because motorcycle demand has dropped with an aging population of riders. Those riders, after all, aren’t getting any younger. So where does that leave Hollister?

It leaves a gap in the books, and any loss on paper for taxpayers is going to incense that portion of the population that is adamantly against the rally, whether it makes money or loses it. Hence, here we are every year with politicians pulling out their hair and some constituents probably threatening to help them do it.

If City of Hollister officials don’t want to eat any costs on the books, even though tens of thousands of visitors spending money in town must do something to offset the loss, there is a solution city leaders have shied away from for years. It’s a solution that could save the rally if they gave it the time of day.

Since there’s demand to park on San Benito Street in the middle of the action, why not either charge a nominal fee or else request a donation? At what other type of event would one be allowed to park in the middle of the best activities, literally, and not pay a substantial fee? If just a fraction of the riders pay a few bucks, it should do a lot to address the hole.

The city also has leverage to approach potential, local rally sponsors, such as Johnny’s Bar & Grill and Whiskey Creek Saloon that benefit greatly from the tradition, to pay into the event. Otherwise we will continue to keep going in this unnerving circle until, perhaps, the political gas just runs out. And we start all over again.

Community Insight Board
A staff member edited this provided article.