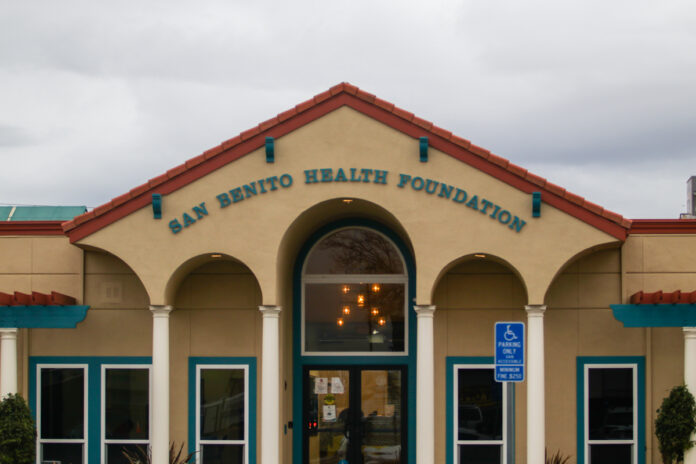 County officials have completed their investigation into the San Benito Health Foundation, concluding that the nonprofit clinic vaccinated people for Covid-19 who were not yet eligible for inoculation under state guidelines.

Although the foundation cooperated with the county’s investigation and agreed to conditions in order to continue receiving vaccine allocations, San Benito Health Foundation officers are unyielding in their claim that they did nothing wrong, according to back-and-forth communications among the county, state and SBHF obtained by this newspaper.

The emails and letters—acquired through a Public Records Act request—show that state and county public health officials became concerned in January about foundation leadership’s alleged efforts to “jump the queue” in obtaining Covid-19 vaccinations for patients before they were eligible. Members of the public had complained to the county public health department that the foundation—a licensed provider that serves lower-income residents—was vaccinating its board members, friends of staff, farmworkers, San Juan Bautista Rotary Club members, “friends of friends” and others outside the tier prescribed under the state’s vaccination plan.

The foundation was also vaccinating patients age 65 and older, when the state guidelines were prioritizing those 75 and older for the vaccine, according to a Jan. 22 memo to California Department of Public Health officials from San Benito County Emergency Services Specialist Thomas Woodland. Furthermore, SBHF was also reportedly requiring vaccine recipients to be established clients of the clinic, after the foundation had previously agreed with the county to offer vaccines to residents on a list of those who were eligible under Phase 1a of the CDPH vaccine plan.

“Preferential treatment was given to (SBHF) staff member families as those family members are not in the phase/tier system, creating confusion and angry constituents for Public Health Services,” reads a portion of Woodland’s Jan. 22 memo to the state.

The document also describes how county staff used the “secret shopper” method on Jan. 20 to investigate the allegations by anonymously calling SBHF to ask what groups they were vaccinating.

In another email, Deputy County Health Officer George Gellert wrote that county officials had “repeatedly explained” the vaccine criteria to SBHF President and CEO Rosa Vivian Fernandez, and why neither the county nor Hazel Hawkins Memorial Hospital could “divert” vaccine doses to the foundation before they were due.

In a Jan. 27 email to CDPH officials, San Benito County Health and Human Services Agency Director Tracey Belton said the allegations against the foundation were “creating quite an uproar within our community and board of supervisors. It is creating a very controversial environment here and our team needs some directions (on) future allocations as well as any possible ramifications…CDPH may have with the (foundation) regarding their actions.”

On March 2, after continued correspondence that included sharing of SBHF vaccine data, Belton sent a letter to Fernandez notifying her that the county’s investigation was complete.

“While we can appreciate that your own and the SBHF’s intentions were well-meaning in terms of seeking to vaccinate as many individuals as possible with the vaccines allocated to it, the evidence clearly documents that individuals were vaccinated by the SBHF outside of the eligibility allowances in effect at that time as defined by the CDPH tiered vaccination guidelines,” Belton’s March 3 letter stated.

The county required Fernandez to sign an attestation that SBHF will comply with “all CDPH and San Benito County Public Health Services vaccine guidelines and requirements.” Belton also required SBHF to henceforth send the county a weekly list of individuals vaccinated by the foundation.

Fernandez and SBHF ultimately agreed to these conditions, but not without some hesitation. Belton sent another letter to Fernandez on Feb. 9, again asking the foundation to provide the requested records before more vaccines could be distributed to SBHF.

“(We) do disagree and take exception to your ‘conclusion’ that SBHF vaccinated individuals outside of the guidelines and directives established by CDPH,” says a March 5 letter from Fernandez to Belton. “The immediate and daunting task we now face to meet the challenge of accomplishing widespread Covid vaccinations on a massive scale never attempted in our times… renders minor disputes such as this moot. Nevertheless, perhaps when the dust has settled and the mass vaccination efforts are concluded, we can reconvene and you can present to us the evidence underlying your conclusion.”

Fernandez did not return a phone call requesting further comment. In January, she said in a statement that the allegations were a result of “discrimination” against SBHF and its clients.

The letters and emails between the county and SBHF do not specify what evidence led the county to its conclusion. The correspondence does include the number of doses received and administered by SBHF each week, as well as how many were administered within each eligible sector at the time.

A key point of contention is the occurrence of “orphan doses” that can be left over at the end of a Covid-19 vaccination clinic, due to missed appointments or other circumstances. SBHF reported it had 72 orphan doses out of the 800 vaccines received Jan. 4 to Jan. 26, according to the data it submitted to county officials.

“(Your) prior statements to the effect that all or most individuals who were vaccinated out of tier by the SBHF received ‘orphan doses’ is not common or an acceptable practice given that leftover doses should occur infrequently and in low numbers and not in the volume of ineligible vaccinations claimed by the SBHF,” says Belton’s March 2 letter.

County staff have not offered further details regarding how many vaccines the health foundation administered incorrectly, nor which of the allegations their investigation confirmed.

Belton wrote in her March 2 letter to Fernandez that the county is now enforcing a “zero tolerance policy” toward the SBHF. If the county hears of additional allegations that the foundation was vaccinating out of tier, local authorities may escalate the case to federal health regulators.

The county’s investigation came up during a discussion at the March 9 San Benito County Board of Supervisors meeting. With the investigation over, local elected officials want to put the dispute with SBHF behind them and continue working together to vaccinate the county.

Supervisor Kollin Kosmicki said once the foundation received doses of Covid-19 vaccine, they used some to vaccinate “prominent members of the community” whose eligibility tier under the state vaccine plan was not yet opened up.

“We have all heard the stories of prominent community members being vaccinated in (Phase) 1A,” Kosmicki said. “It is undeniable they went outside the tier. (But) I think they understand we are not going to be tolerant of going outside the tiers again.”

He added that the foundation also reported vaccinating “several hundred farmworkers” under Phase 1A, the earliest tier of vaccine eligibility established by CDPH earlier this year. Farmworkers have since become eligible for the vaccine under the current Phase 1a, Tier 1B.

“We want to move forward with the Health Foundation, and we’re planning to get them (more) vaccines starting next week,” said Supervisor Bob Tiffany. “They do play an important role in our community.”

Kosmicki added that SBHF plays a key role in serving vulnerable populations such as farmworkers, who the county is not as capable of reaching.

“Until they admit they were at fault, they should not be receiving (anymore vaccines),” Medina said March 9. “What’s going to prevent them from not following the rules if they won’t admit they broke the rules?”

A Feb. 23 memo from SBHF to the county shows that the foundation has received 1,600 Covid-19 vaccine doses from the county.