In a move designed to clear the way for Caltrans to sell land off Hwy. 101 on which a billboard for Casa de Fruta sits, the San Benito County Planning Commission recently approved a sign ordinance revision that will allow the sign to stay where it has been for more than 40 years.

In order to sell the plot of land on a hillside on the northbound side of 101 between Rocks Road and the Hwy. 156 off-ramp, Caltrans wanted to make sure that there are no legal entanglements on the property. The transportation agency asked Casa de Fruta to obtain a permit from the county allowing the sign to remain, but the county in 1992 gave existing signs a decade to be removed and said it could not offer such a permit under its existing rules – even though the county had no problem with the sign staying there.

When that decade passed, the county did not revisit the issue and the sign was allowed to stay on the oak-studded hillside where it has sat directing motorists to the tourist destination since 1968.

With Caltrans’ recent request for county approval of the sign, the future of the billboard was “in limbo,” according to Gary Armstrong, the county’s director of planning and building inspection services.

So the Planning Commission last week ruled that the sign was “legal, non-conforming.”

“That means they don’t have to tear it down, in common language,” Armstrong said. “There was a requirement that if the county wishes to take the sign down, it has to pay compensation,” which the county’s attorney and Casa de Fruta’s Joe Zanger said would be in the tens of thousands of dollars, based on the marketing value of the high-visibility sign. “The county has chosen not to pursue removal of the sign. Since it was built prior to a certain time legally and we’re not paying compensation, it puts it into a temporary, legally nonconforming category. That seemed to satisfy Caltrans.”

If the revised ordinance is approved by the Board of Supervisors at its April 17 meeting, as expected, the sign will be allowed to stay indefinitely, according to Armstrong.

“A future board could decide they don’t want signs out there on the freeway and, if they’re willing to pay the appropriate compensation, could potentially request removal of signs out there,” he said. “Our current board wants to encourage business and help businesses survive here. Even though (Casa de Fruta) is outside our county (in Santa Clara County) they provide a lot of benefits to our county.”

Assistant County Counsel Barbara Thompson said the sign code revision “indicates we’re going to comply with state law. We forwarded it to Caltrans and they sent back an email acknowledging receipt and basically asking to be kept up to date on the status of the ordinance.”

If the ordinance revisions are approved on April 17, they will go into effect 30 days later.

It appears it will, as Joe Zanger of Casa de Fruta confirmed Tuesday that Caltrans has renewed its lease for the ground under the billboard, reaching agreement on a three-year deal.

“The action the county took to amend its regulation to comply with state law was enough for Caltrans to renew the lease,” he said. “The process worked and we worked our way through it.” 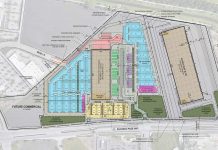 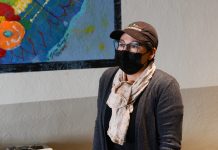