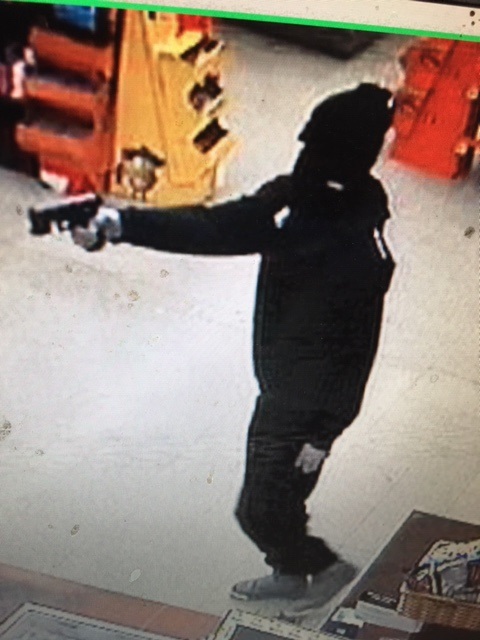 Man held up employee at gunpoint

The Hollister Police Department is asking the public for help identifying a man who robbed a convenience store at gunpoint early Monday morning.

About 1:36am May 20, an unknown man entered the Quik Stop at 1300 Fourth Street. He pointed a handgun at one of the store employees, and demanded money, according to a press release from the Hollister Police Department. The employee complied with the robber’s demands, and gave the suspect an undisclosed amount of money.

The suspect was described as a male adult, about 5-feet 7-inches tall, with a thin build, according to police. He was wearing a dark, long-sleeved hooded sweatshirt, black pants, white gloves and gray shoes. The robber’s face was completely covered with a dark clothing item during the incident.

Police released images from the store’s surveillance camera system in hopes that someone from the public can identify the suspect.

Anyone with information about this investigation can call Hollister Police at (831) 636-4330. Those wishing to remain anonymous can call the WeTip hotline at (800) 78-CRIME. Information provided to WeTip may qualify for a reward.