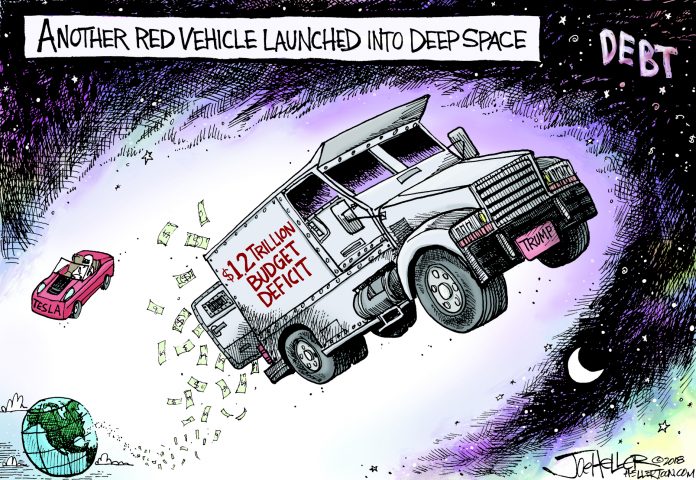 Showy military displays go back millennia, to ancient Egypt and Greece and beyond. Yet, the U.S. has no consistent tradition of big military parades, especially since the Second World War. Why is that?

Ask any senior officer. She or he will explain that it’s because a confident Pax Americana never felt any need.  Strutting and preening is, in fact, the surest sign of an inferiority complex.

Americans saw no point in grandiose expense and display—until now.

During the Second World War, we were the one nation rich enough to supply each soldier with two uniforms. It wasn’t in order to show off that wealth. Rather, one uniform was for travel and office work and business—okay-looking, but not tailored for show. And even that one was stored away near the front, as each fighting man donned olive drab combat fatigues. Our adversaries—and yes, allies—mocked how ugly the ensemble was, then shut up when they saw how it allowed free, agile movement and easy maintenance. The combat uniform was purely functional and saved many hours of upkeep, as G.I.s seldom had to spit and polish or brush it for inspections.

George Marshall—who should have been Time’s Person of the 20th Century—made this decision, in part for practical reasons, but also because obsession with symbolism has always been the surest sign of second rate thinking. We had a world to remake, and we weren’t in it for show.

Still, at another level, this parade nonsense is damned clever! Indeed, it’s a canny political trap. Picture a half million liberals gathered along the route, protesting and jeering. Can you imagine anything more counterproductive for the “Resistance”? Anything more perfectly guaranteed to push our wavering service members, their families and supporters back into Republican arms? If anything could push them rightward again, it’s getting spit upon while on parade. Yep, that’d do it.

No. We should resist this nonsense for better reasons. Because, an America that’s still confident leader of the world—or ‘great’—doesn’t need to show off. Our overwhelming ability, professionalism, science, technical skill and calm assurance speak for themselves.

In fact, nothing will more profoundly advertise our plummet from paramount confidence than this silly, silly dive into wasteful symbolism/obsession.

David Brin is a writer who lives in Southern California.