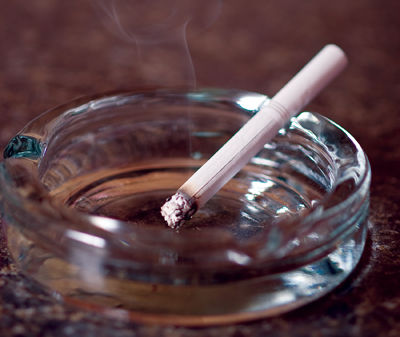 Following the lead of many counties and cities in California, and in an effort to combat the public health risks associated with youth smoking, the San Benito County Board of Supervisors recently passed an ordinance that prohibits the sale of flavored tobacco.

The ban applies to all tobacco retail stores in all areas of the county, including within the city limits of Hollister and San Juan Bautista.

The five-member board voted unanimously Aug. 9 to adopt the prohibition. The ordinance also prohibits the sale of single use electronic cigarettes throughout the county.

The counties of Monterey, Santa Clara and Santa Cruz have adopted similar ordinances in recent years. San Benito County Deputy Director of Public Health Nick Calvin told the board that the ordinance up for adoption Aug. 9 is “very similar” to those in effect in cities in Monterey County.

The San Benito County intergovernmental committee—which includes representatives of the cities of Hollister and San Juan Bautista—has “been in the forefront” of efforts to control the impact of tobacco in the community, a county staff report says. Members of that committee have been supportive of a flavored tobacco ban.

County officials noted that a flavored tobacco and single use e-cigarette ban are the “right thing” to do, as such products are often blamed for the prevalence of smoking among children younger than 18. The county’s public health department has even made it a priority to ban such products.

“There is overwhelming and indisputable evidence that teens are favoring flavored tobacco,” said Supervisor Kollin Kosmicki, who sits on the intergovernmental committee. “It’s time to do what’s right and, at the very least, protect our children.”

Nearly 32% of teens in San Benito County have reported that they have used an e-cigarette at least once in their lifetime, the county staff report continued.

The companies that produce and market flavored tobacco products—including menthol cigarettes, cigarillos, smokeless tobacco and hookah tobacco—often package and advertise the products in a way that makes them appealing to children, county staff told the supervisors.

On June 6, public health officials teamed up with City of Hollister code enforcement and local youth to conduct “compliance operations” at all 27 tobacco retail establishments in Hollister, the county staff report continues. During the “decoy” operation, employees at eight of the stores sold tobacco products to underage buyers without even asking them to present identification for proof of their age. Of those, six of the purchases were for flavored tobacco.

There are currently 38 licensed tobacco retailers in San Benito County. These include 27 in Hollister, four in San Juan Bautista and seven in unincorporated areas, county staff said.

The ordinance approved by the board of supervisors on Aug. 9 makes it a violation for any tobacco retailer to sell e-cigarettes and flavored tobacco products; and makes the retailer responsible for the actions of their employees when it comes to such sales.