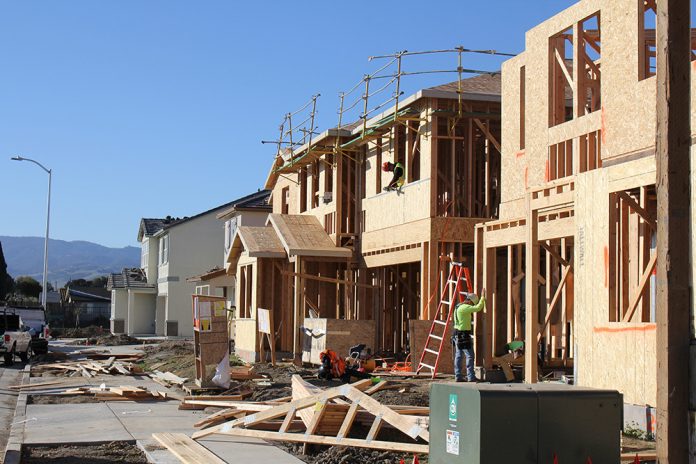 The Hollister City Council still awaits clearance from the State of California to ensure that a new growth management program adopted earlier this year will not conflict with rules set by the California Department of Housing and Community Development.

To ensure that the city will remain in compliance with state guidelines, the council has exempted affordable housing from new limitations on new housing that were adopted in January. Those limits would restrict new single-family development to 244 units a year—an approximate 50 percent increase over current limits. The city expects to receive a final go-ahead by late April.

“We are still waiting for confirmation from the state that we will not be violating our housing element,” said Hollister City Manager Bill Avera in an email Monday afternoon.

In January the council voted 3-1 to approve the growth management program, with Mayor Ignacio Velazquez voting in dissent and Councilmember Karson Klauer recusing himself from the vote due to a potential conflict of interest. On Dec. 11, 2017, the cap was increased from 164 units to 244 units.

“I just don’t see the need to go from 164 to nearly doubling the number we’re talking about now,” Velazquez said at during the council meeting in January. “I think the growth we’ve seen locally, the numbers are in that ballpark of 150, 140. We’ve been handling it. I think it’s a mistake to take it to a higher number and that’s why I’m going to be opposing this, unfortunately, tonight.”

The new growth management ordinance has precedence. Measure U, which was passed in 2002, limited new single-family home growth to 244 units a year. The measure expired in 2012 and discussions to implement a new growth limitation were restarted in August 2017.

By 2012, when Measure U expired, the 244 unit limitation was not met due to the lingering effects of the Great Recession. Starting in 2013 the rate of new home building started to rebound, and developers began to clear ground on projects that had already been approved but not started, said city officials.