The San Benito High School Robotics Club is gearing up to compete in an international competition where students will build an industrial-sized robot to tackle specific challenges.

The robotics competition involves teams of students who in six weeks have to raise funds, design a team brand, build and program industrial-sized robots to compete in a difficult field game against other teams.

The competition involves having the robots complete three tasks.

“We don’t know what the tasks are until Jan. 6,” SBHS Robotics Club coach and chemistry teacher Thien Vu-Nguyen said. “From there we design and built a competing robot from scratch. Right now is the off-season. We use it to practice and learn the programs, think about what went well and what didn’t go well from the previous year.”

Eleven students in the robotics club will learn and utilize marketing skills, financing and fundraising, programming skills (Java), as well as circuitry, electronics, pneumatics and manufacturing.

Last year’s competition featured a steampunk theme, while this year’s is somewhere along the line of arcade games.

“I got involved because my cousin was in robotics at another school, so when I found out there was a club here on campus I was interested,” said Giovanny Arenas, a sophomore at San Benito High School.

Competitions are expected to begin in March in various regions, including Silicon Valley, San Francisco and Sacramento.

“This year we’re signed up for Silicon Valley and Fresno, but that all depends on funding,” Vu-Nguyen said. “There’s costs to transport, manpower, food, volunteers and things like that.”

“We don’t have a career science program, we don’t have an engineering class,” Vu-Nguyen said. “This is the only place you can get that experience.”

The school has plans to make the robotics club an actual robotics course for juniors and seniors, and the club is looking for sponsors and mentors. 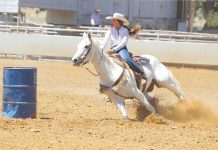 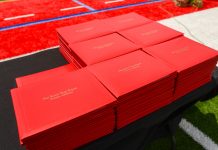