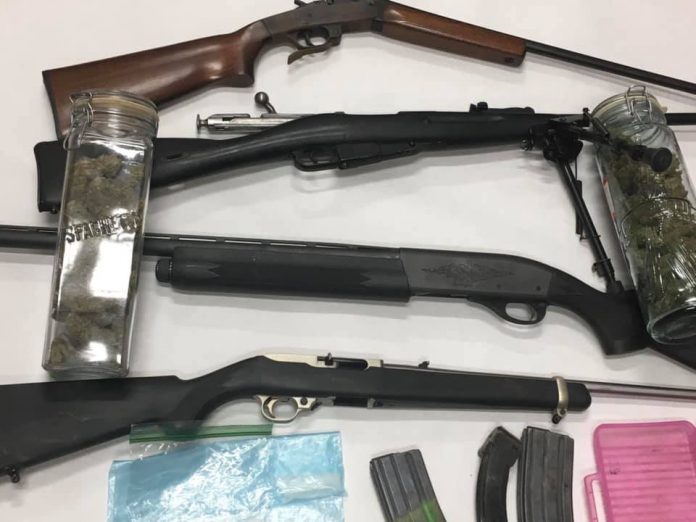 Sheriff’s deputies responding to a reported assault uncovered an illegal marijuana garden and more than an ounce of methamphetamine at the suspect’s southeast San Benito County residence, according to authorities.

Investigators also reportedly found a number of firearms—including two that were loaded—in the suspect’s possession.

The San Benito County Sheriff’s Office posted on Facebook Jan. 10 that earlier in the week deputies responded to a report of a man with a gun who had assaulted a male victim on the 20000 block of Panoche Road. The suspect, later identified as 58-year-old Rocklyn Capri, drove away after the assault, but deputies caught up to him on Jan. 7.

Deputies later served a search warrant at Capri’s property. During this search, police found another 33 grams of methamphetamine, more firearms, more drug paraphernalia and an illegal marijuana grow, according to the sheriff’s office. Photos included in the sheriff’s Facebook post show the illicit marijuana operation was taking place in a greenhouse.

Capri was booked at San Benito County Jail on suspicion of carrying a loaded firearm, possession of a controlled substance while armed, assault with a deadly weapon, vandalism and exhibiting a firearm in a threatening manner, according to authorities. Sheriff’s office personnel were in the process of disassembling the marijuana garden as of Jan. 10.