Adams will receive the Martin Luther King Freedom award for his dedication and service to the community and schools.

“The reason why Lovell was selected was because we were looking for individuals that really serve the role model of being as we call freedom fighters,” Harris said. “Fighter is a harsh word, but a freedom fighter is someone out there trying to liberate people from their incarceration, whether that’s in education or finance or opportunities.”

Adams, who was born and raised at an orphanage in Gilroy, works with at-risk youth in athletics. He’s coached sports at numerous institutions including Gavilan College and Anchorpoint Christian School in GIlroy. He is currently the president of the Gilroy and Morgan Hill chapter of the 28-team National Junior Basketball Association.

“I think it’s an honor just to be selected by that group,” Adams said. “This summer I was in Atlanta, I did a march with Martin Luther King Jr.’s son. Talking to him and understanding what his dad was about, it makes this award more important to me.”

In addition to his sports mentorship, Adams is owner of Kutz and Colors Hair Salon that has operated in Gilroy for 20 years.

“I feel like I’m a VIP, being given it on Martin Luther King Jr. Day,” Adams said. “Being a black man, I’ve struggled to get where I’ve gotten. Just getting here and overcoming obstacles, it’s a blessing.”

Bethany Community Church has given the award for over a decade. The event started out at the Forest Park Inn in Gilroy, but moved to Gavilan College and is now hosted at San Juan Oaks Golf Club in Hollister. The commemoration will begin with a silent auction at 9 a.m. followed by breakfast and the award program at 10 a.m.

Harris said that because 2018 marks 50 years since the assassination of King, “Moving forward, we really wanted to keep that dream alive because the issue of freedom is still vital today. We have many people who are incarcerated economically, incarcerated in terms of lack of education.” 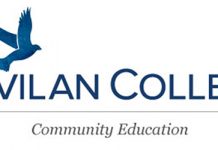 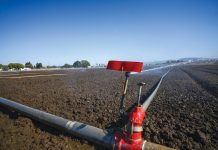