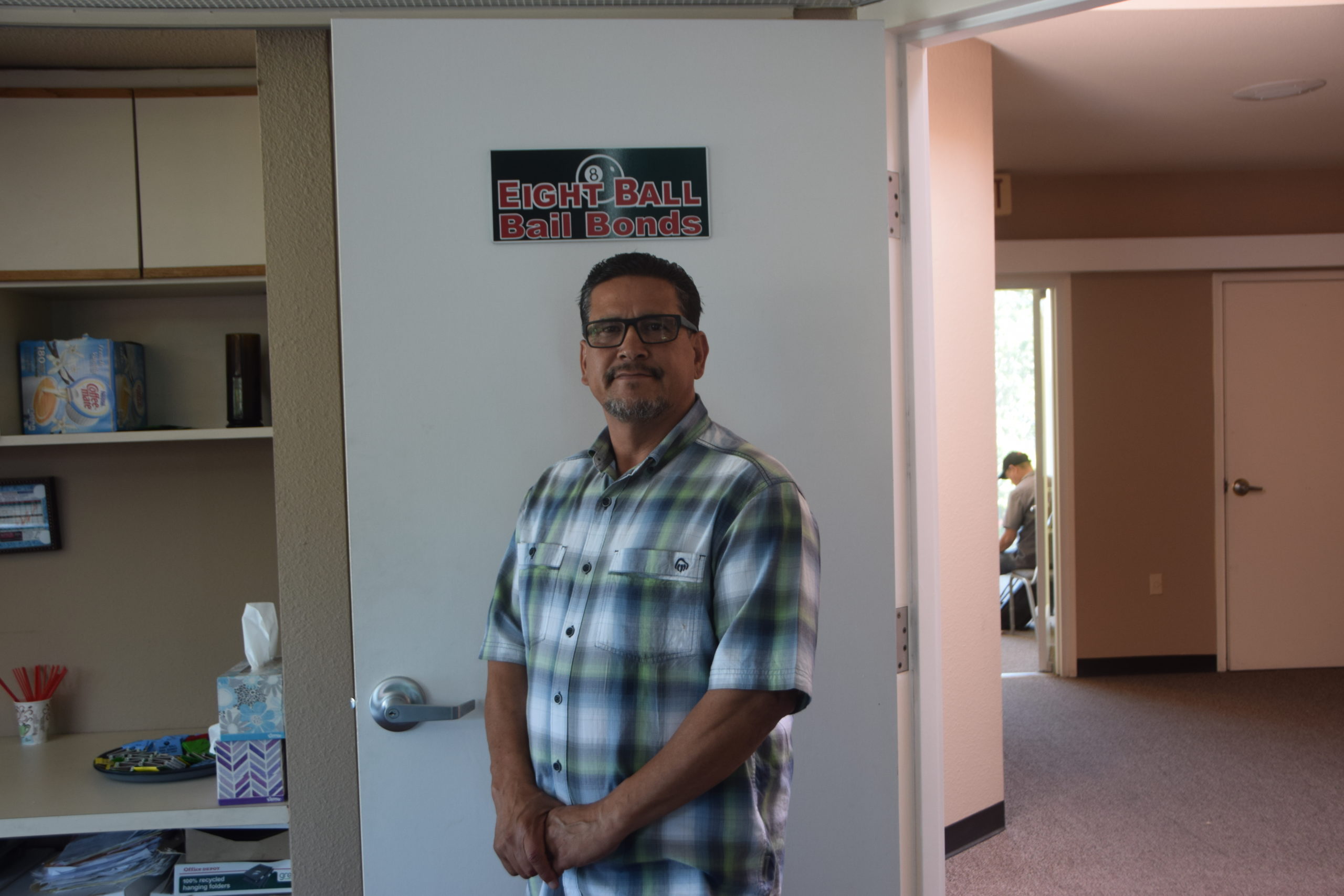 On Aug. 28, Gov. Jerry Brown signed one of the most sweeping bills of his administration, Senate Bill 10, the California Money Bail Reform Act, which will abolish the state’s current money bail bond system. Frank and Yesenia Rivera, owners of Eight Ball Bail Bonds in Hollister, say the new law would put them out of business.

“The biggest problem in California is that the legislators think we’re taking advantage of people, or that we don’t bail out people of color; that’s not true,” Frank Rivera said. “We bail out anyone within reason.”

Rivera has been bailing people out of jail since 1997, when he opened Eight Ball Bail Bonds, now located at 335 San Benito Street in Hollister. The Hollister native recognized that there was a need, and for him, it was good business sense to work to get people out of jail quickly.

For anyone sitting in a jail cell, quick is essential. For Rivera, if the current system of bail is overturned, many arrestees may find themselves in prison longer than they would have if they could use Eight Ball Bail Bonds.

“If you get arrested on a Friday, you won’t be able to see a judge until that Monday, or longer if there’s a holiday,” Rivera said.

If the new law goes into effect on Oct. 1, 2019, instead of paying a monetary bond, judges will decide who remains in prison based on how much danger the prisoner potentially poses to the community.

Bail bond agencies are a lot like tow truck businesses. You don’t want to need their service, but you’re glad they’re there if you ever do. The Riveras think the bail bond industry is unfairly stigmatized, and that these businesses fill a role useful both to the arrestee and the state.

“A bail bond is a power of attorney that is worth what the bail is set at,” Rivera said. “If they don’t come back to court, we have six months to bring them back. If we don’t, we owe the full amount due to the court. If the new law is put into effect, the taxpayers foot the bill.”

Each county sets bail based on the crime the defendant is charged with, and the court ensures their return by paying back the bail when the trial is over. If the arrestee fails to return to court when ordered, the bail is forfeited.

At that point, Rivera must either hire a bounty hunter to make the arrest, or he must make the arrest himself. Under the new law, state police are on the hook to find and arrest bail jumpers.

Critics of the current system contend that it’s a tax on the poor since many impoverished offenders often can’t afford to pay bail. Bail bonds companies step in by offering a surety bond to cover the bail, along with a 10 percent fee.

The California Money Bail Reform Act was introduced by Senator Bob Hertzberg and Assemblymember Rob Bonta, both Democrats, to ensure that prisoners were not held solely because they could not afford bail.

Brown had sought bail bond reform since as far back as 1979, when he called the current system a “tax on the poor.” Lt. Gov. Gavin Newsom and California Chief Justice Tani Cantil-Sakauye, who said the current system is “outdated, unsafe and unfair,” voiced their support for the reform.

The effort is among several criminal justice reforms championed by the Brown administration. Brown has also signed bills and measures to downgrade drug offenses, ease punishments for juvenile offenders and  expand the possibility of early release for prisoners.

Until then, the Riveras will continue business as usual, but they will also need to have an eye on the future lest they have to find another way to make a living.

“I don’t know yet what we’re going to do,” Rivera said. “For 20 years, it’s helped us raise a family and send our kids to school, and we’ve been able to stay off the road and do business here. If not, the court may have open positions and Farmers Insurance reached out to see if we wanted to work with them.”