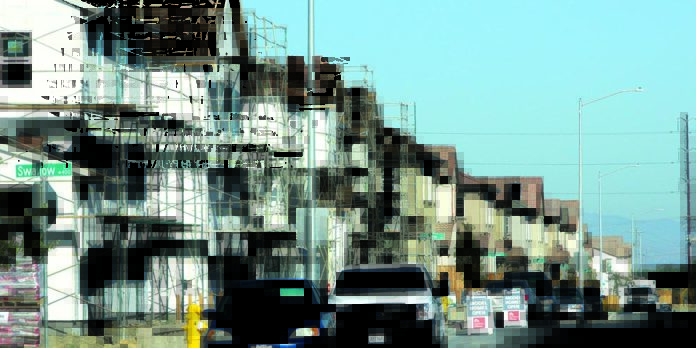 A citizens group that opposes commercial development of agricultural land submitted an initiative March 2 that would establish an urban growth boundary around the City of Hollister if approved by voters in November.

Preserve Our Rural Communities, led by Aromas residents Andy and Mary Hsia-Coron and other supporters, submitted the proposal to the Hollister City Clerk’s office on the eve of the final day for voting for Measure K, a countywide initiative to allow commercial zones around four Highway 101 interchanges.

County voters soundly rejected Measure K, which had been vigorously opposed by Preserve Our Rural Communities.

The latest initiative could add a second ballot measure in San Benito County in November to place strict limits on commercial and residential growth in the county, including the City of Hollister.

The proposal would establish a boundary that follows Hollister’s “Sphere of Influence,” which extends slightly farther than its city limits. The initiative would amend the General Plan to prohibit any kind of urban development outside the boundary for 29 years, except for uses such as public parks, schools, water recycling facilities and agriculture.

“This initiative is not intended to halt growth, but simply to put important decisions about land use and development in the hands of the city’s voters,” the proponents wrote in their filing. “Many Hollister residents feel frustrated and powerless in the face of urban sprawl and traffic congestion. This initiative would help residents regain some control over their lives by encouraging democratic participation in the city’s land use decisions.”

Any change to the boundary through Dec. 31, 2049 would have to be approved by voters.

Projects that have a vested right would be exempt from the initiative.

Mary Hsia-Coron said the urban growth boundary is similar to what was adopted in Gilroy in 2016, as well as other cities in Sonoma and Ventura counties.

“Hollister is at a critical point when residents can take similar action to protect their city’s small-town character and quality of life before it is too late,” the proponents wrote.

If the initiative passes review by the city attorney, proponents would then need to gather signatures from at least 2,060 registered voters to place the question on the November ballot for city voters.

Preserve Our Rural Communities, which is opposing San Benito County’s Measure K in the March 3 election, also is collecting signatures for another initiative that it hopes to place on the November ballot for all county voters.

In early February, the group submitted an initiative to the San Benito County Clerk’s Office that would put rezoning of agricultural lands in the hands of voters. It would also remove the commercial zoning designations in the county’s General Plan for properties along Highway 101, known as nodes.

That initiative passed a review by county counsel.