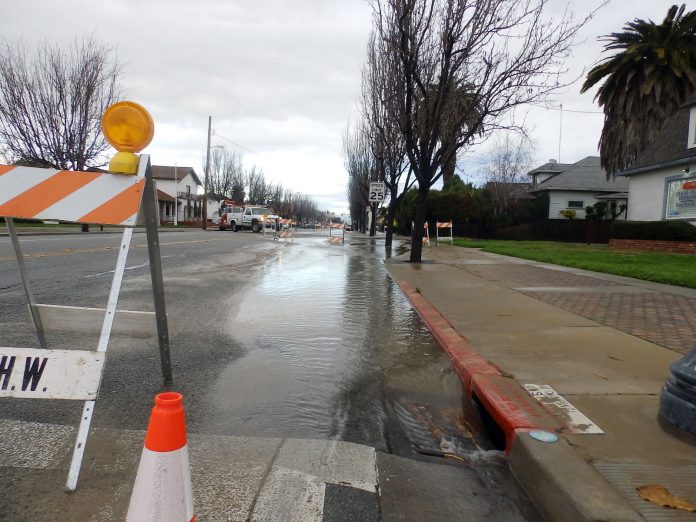 In the second part of this multi-part series, your elected officials shared their thoughts with the Free Lance on the following question: What were the biggest issues and challenges for 2017?

The biggest issue is still growth and the infrastructure issues. Building a road network we need in our community, also understanding our growth and where we want to go with our growth issues.

With cannabis, we passed some things There’s quite a bit to do. it’ll take a few years to figure out.

In general I think, it’s probably not the biggest issue, but a challenge is putting into effect our ordinances with medical marijuana and dealing with or drafting some sort of policy going forward with recreational.

Another is trying to increase service levels without letting the budget get out of hand. We have a lot of needs and luckily we have more funding now than in the past. It’s a big process and it can be a bit difficult to identify where you’ll put those resources. I think that’ll be a big thing going forward.

Next year, hopefully revenues will continue to increase and we can put that out to different departments.

The biggest single issue was the medical marijuana ordinance.

One of my goals, and can be considered as the biggest challenge, would be assuring that our council is encouraged to participate in moving our city forward with an economic establishment of new businesses, jobs for our residents, affordable housing and assuring our young people are in involved in the process as their future leadership will determine all of our futures.

There are many challenges we deal with on a daily basis. One is roads and traffic. I’ve hosted meetings and interacted on social media about growth and development. One challenge is getting accurate information to the public without a personal bias, getting facts out there. I’ve presented findings to whoever I can when I’m asked.

Regarding growth, I’m often asked about how many houses were built and why are we building so many houses. Why is our growth rate so high, etc. The question I ask people is, “How many houses do you think were built last year?” The lowest I’ve heard is 300, the highest is 5,000!

The actual number last year was 143 homes within the city. It’s important to get the actual facts out there to the city so they can make up their own minds. Generally when I tell people the number, they’re pretty shocked.

Regarding traffic, I’m a new Council of San Benito County Governments (COG) representative. I’m working to ensure our voices are heard at the state level. I don’t think we should allow other jurisdictions to take our state dollars, I’m talking outside jurisdictions like Monterey County and Santa Cruz County. We want our projects to be prioritized.

I constantly try to remind folks, San Benito County and Hollister matter. We’re here. We need to be prioritized as well, not just other jurisdictions.

Certainly the water quality and secure supply, that’s been an issue for years in this town. When I was elected three years ago, it was the highest priority at that time. I can’t believe it’s taken this long to get to this point.

I also think professional conduct, a level of professional conduct has been a challenge on many fronts. It’s something we need to expect more from both elected officials, staff and from the constituents. We need them to participate. We are such a small municipality with very limited resources. We need activist citizens to take part in the process.

Determining the most appropriate way for the City of San Juan Bautista to intersect the cannabis industry.

The ongoing potable water issues of both high nitrates and redundancy. Bringing on-line the two new wells that should work well. PG&E needs to run an energy hook up to one of the wells, installing a submersible pump in both wells, and passing state testing that will take at least four months. We are fortunate to now have a competent city manager to handle these details.

Planning for the coming growth when three pre-approved housing developments are built out, including traffic flow, parking issues and on-going street maintenance.

Encouraging new tourist oriented business to locate here and to prosper, and attracting and expanding commercial and light industrial businesses.

How to maintain, repair and improve current level of quality of our current roads.

Potholes throughout the county.

The need for more open space and recreational facilities for youth sports.

How to address concerns about the marijuana ordinance.

As one supervisor, my biggest county issue is easily one troublesome department. That department is the Resource Management Agency. To improve efficiency a couple of years ago the board decided to merge a number of departments (Planning & Public Works) into one larger organizational department. The county hired a director that unfortunately did not work out and the board was forced to make a change. The County brought in a consulting service to help manage the relatively new department, as well as sent in administrative staff to access the financials of that very complex department until a permanent replacement was hired. The RMA is still lacking adequate staffing in several classifications as a result of the recession.  Not helping is the tight job market for qualified people for the skill set that is needed and the high cost of living in our area. I do feel better knowing the county has hired a very qualified new director, John Guertin, with experience from Monterey County. Also, the county has approved recently new technology to manage planning applications and streamline the process called the Accela system. In addition for better accounting, the department will be expected to fully utilize the countywide ERP accounting system. So the challenge, Mr. Guertin has is straightforward. First to build a competent complete staff, second to develop a new efficient, transparent planning process with new technology, and lastly make sure the money is right through the County’s ERP system.

An issue and challenge was the rainy season’s damage to countless county roads and the flooding in the Lovers Lane area in 2017. A lot of credit is due to Kevin O’Neill of our Office of Emergency Services and the hardworking road department crews.  Also, I thought newly elected Supervisor Mark Medina did a good job in working with the flooded community as best he could. Keep in mind, San Benito County is tight on resources and for what we have was very well utilized with emergencies services provided at the time of the rains, until today repairing the levees on the Pacheco Creek to stop future flooding. The challenge for Supervisor Medina is how the area moves forward and maintains the creek and area into the future. It is going to take involvement from other agencies such as the San Benito County Water District and Santa Clara County. Now is not the time to say that job is done. It is a goal of mine to help where I can.

Thrown into the fire and national media spotlight right out of the gates on January 11th, we experienced major flooding in the Lovers Lane and Fairview area with many residents displaced and businesses impacted.
Proposition 64 and the cannabis ordinance was an issue that truly affected the entire county. Although Proposition 64 was victorious in the State of California, San Benito County and my own district, maybe some voters intended to vote for personal consumption and not have up to 22,000 square feet of cultivation in such close proximity. In the future, if we do wish to cultivate cannabis in San Benito County, I feel we should go to the ballot and tax operations based on the square feet cultivated. This ballot measure would be voted on by the entire county with the voters knowing this measure deals with large, permitted and regulated commercial cultivations. This would leave the decision to the voters rather than having five individuals deciding on this fate.

There was a lot to learn in my first year as an elected official and I must learn how to become more of a local change agent with my unique experience and perspective in the government sector.

Overall 2017 has been a great year. We may have had some setbacks, however, those setbacks only strengthened our resolve. We may have had some differences of opinion, but, those differences only gave us an opportunity to see that we can find common ground on even the most contentious issues. What 2017 has really taught me is that when we as individual members of our community stay involved and keep an open mind, there is no limit to what we can accomplish. I look toward 2018 with optimism that we can do great things and I look with an eagerness to roll up my sleeves and get to work.

The congestion on our major roads

Needing more resources to maintain all of our roads