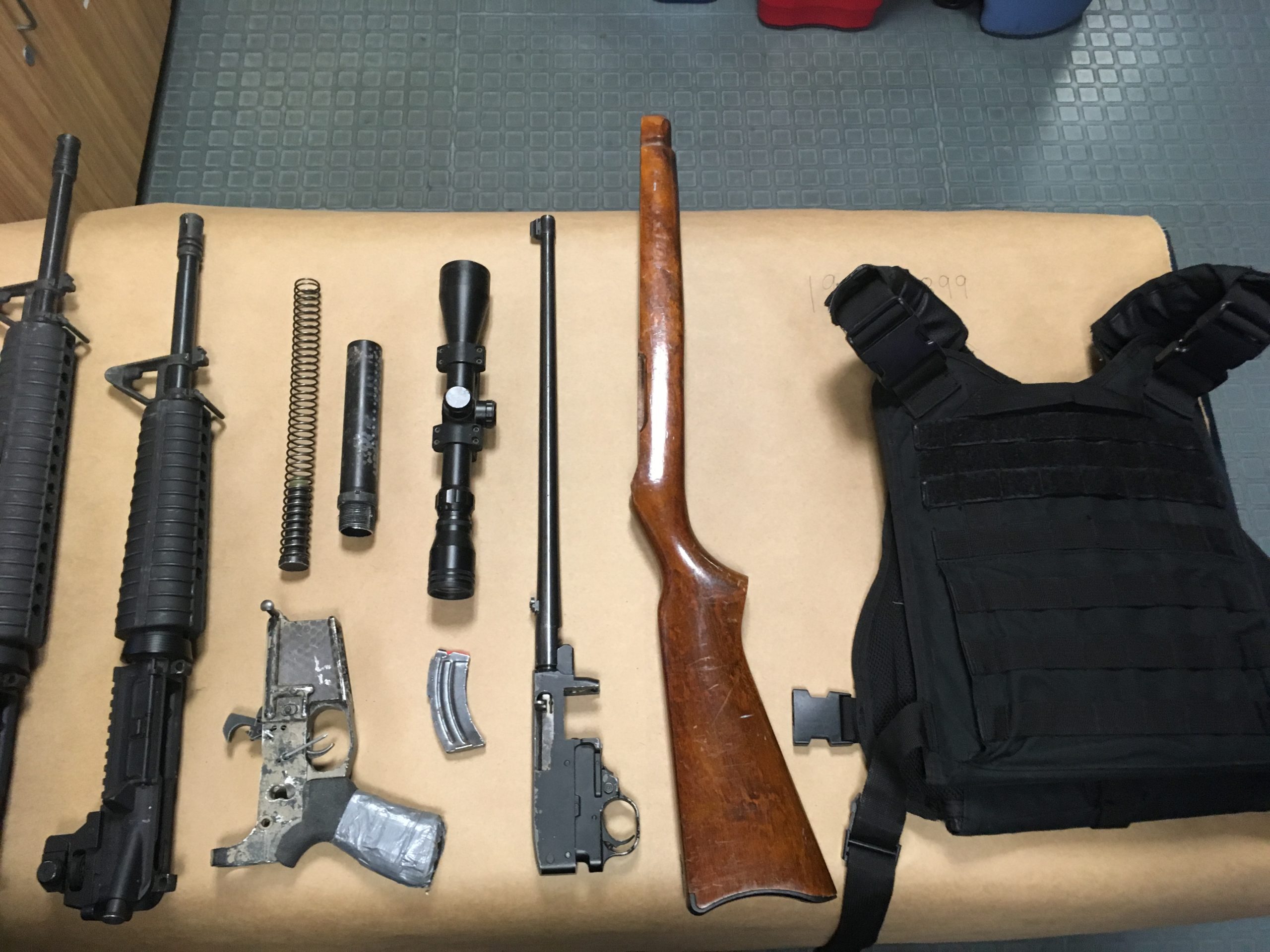 About 2:13am Aug. 17, Hollister Police Sgt. James Weathers pulled over a vehicle and detained the driver on suspicion of driving under the influence of alcohol, according to police. The driver, who was the only occupant of the vehicle, was identified as Hollister resident Michael Mendoza, 31.

Hollister Police Officer Nick Rudolfs arrived to the scene and conducted a DUI investigation on Mendoza. He was determined to driving under the influence, and was arrested, according to police.

As the officers continued investigating, they found several rifles in the vehicle. Also found were several parts for AR-15 rifles, body armor with metal plates and a rifle scope, police said. The metal plates are the kind used to stop firearm rounds.

Mendoza is a gang member and convicted felon, according to police.

Anyone with information about this case can contact the Hollister Police Department at (831) 636-4330. Those wishing to remain anonymous may call WeTip at (800) 78-CRIME. Information provided to WeTip may qualify for a reward.