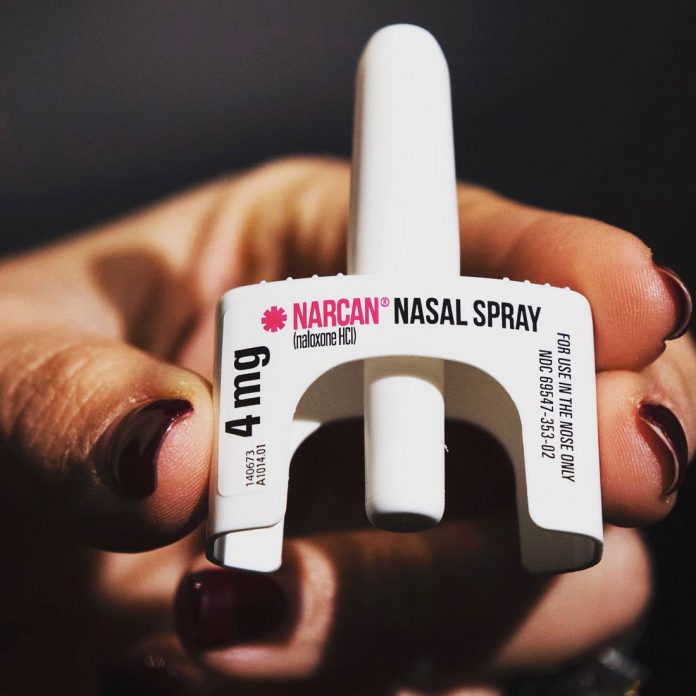 Police use Narcan to save overdose patients

For at least the second time in less than a month, police delivered the Narcan medication to a San Benito County resident June 1 who had just suffered a drug overdose, according to authorities.

While responding, officers learned that the patient’s relative had transported the minor to Hazel Hawkins Memorial Hospital, police said. Officers met up with the patient on the way to the hospital and provided an escort.

Upon arrival, officers encountered a patient “in extreme respiratory distress who was blue and not breathing,” reads the June 2 post on Facebook.

The officers retrieved a dose of Narcan nasal spray from a patrol vehicle and administered the medication to the patient, who was lying on the ground outside the emergency department, police said. Narcan is a highly effective opioid reversal drug that has saved thousands of lives in recent years as narcotic drug use has increased.

“We learned that the patient had begun breathing on their own prior to entering the hospital, and that they are expected to make a full recovery,” says the Hollister Police Facebook post.

The San Benito County Sheriff’s Office reported a similar incident on May 18, in which deputies and EMS staff revived an overdose patient by administering three doses of Narcan. That incident occurred at the Dunneville Market, where a suspected fentanyl overdose had been reported.

The female patient was transported to Hazel Hawkins, and is expected to survive, according to the May 18 post on the sheriff’s Facebook page.

For several years, Hollister Police Department and the sheriff’s office have partnered with San Benito County Public Health and other agencies to provide Narcan to patrol officers and office staff, and to train them in their use, according to authorities. “This is one of countless stories from this community alone of the effectiveness of Narcan and its wide distribution having potentially saved a life,” says the June 1 Hollister Police post.

In considering how to vote on measure Q, it...
Local News

With the Nov. 8 election rapidly approaching, this newspaper...
Crime

Police arrested a 27-year-old man on suspicion of domestic...