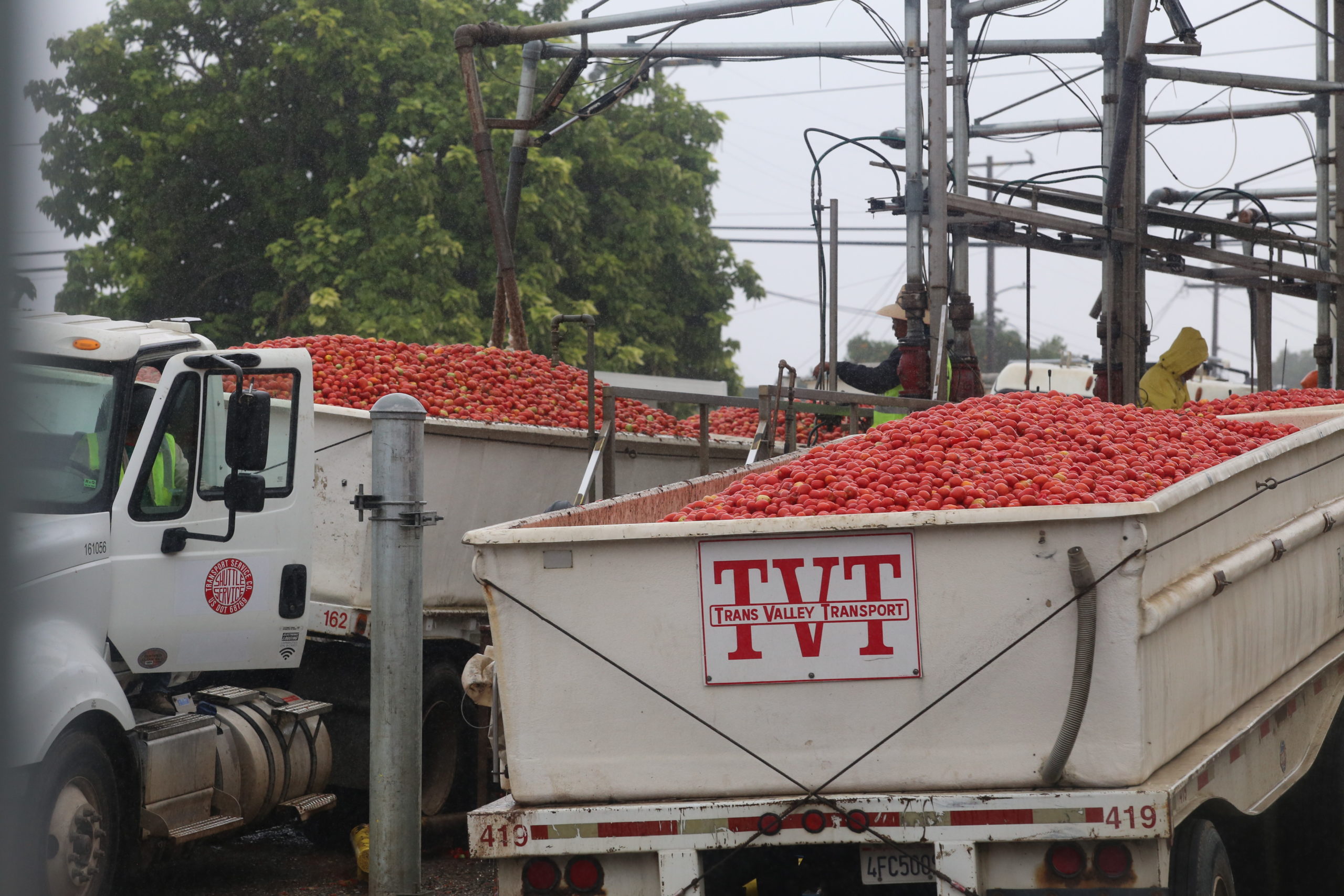 The San Benito Foods tomato processing warehouse on Hawkins Street suffered a “catastrophic collapse” of the roof Wednesday, but no injuries or ongoing danger to employees were reported, according to authorities.

Hollister Fire Marshal Charlie Bedolla said crews were dispatched to San Benito Foods, 110 Hawkins Street, about 4:24pm Wednesday, Sept. 18 on a report of a structure fire. As the first crews drew closer to the site, they were briefed that the incident was in fact a collapse of a building.

Firefighters arrived and determined that the roof of a tomato processing warehouse where two buildings were “put together” had collapsed, Bedolla said. The section of roof that collapsed was about 160 feet by 75 feet.

The cause of the collapse has not been determined. At some point before the roof caved in, employees in the building noticed that the interior of the ceiling was beginning to sag, Bedolla said. San Benito Foods maintenance personnel ordered all employees to evacuate almost immediately after this condition was noticed.

“That was a good job on maintenance personnel to make the call to evacuate people,” Bedolla said. There are normally about 30 people working in that warehouse during business hours.

The fire marshal said the building was old, and listed a variety of factors that could have led to the collapse: age, weight, weather and seismic conditions.

The fire department called in various authorities to help mitigate the damage, including PG&E, law enforcement and environmental health officials. The fire marshal has directed San Benito Foods to bring in a structural engineer to examine the building, identify necessary repairs and ensure it is safe for occupants.

“The building is deemed dangerous,” Bedolla said. He added that a city building official will have to sign off on any recommendation made by a structural engineer.

The fire marshal’s office conducts annual inspections of San Benito Foods and other commercial properties, but only for fire safety and not for structural integrity.

San Benito Foods is one of the county’s largest employers, with about 100 full-time workers, according to the California Employment Development Department, and about 450 seasonal workers during the processing season from July through September.

Company representatives did not respond to inquiries as of press time.

She said San Benito Foods receives tomatoes from the Central and Sacramento valleys, as well as San Benito County.

Letter to the editor: Use resources wisely