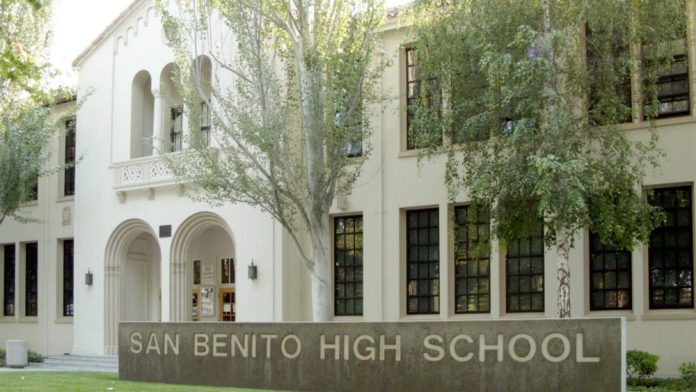 The San Benito High School senior trip to Disneyland has been canceled after a widespread outbreak of illness, according to the high school district.

There have been reports of many illnesses among the senior class of about 800 students. The soon-to-be graduates were set to leave for their class trip Friday and made it to Bakersfield before the buses were turned back toward San Benito County.

“I started getting reports from our Principal Adrian Ramirez that students had upset stomachs and were suffering from diarrhea,” said John Perales, the district’s superintendent. “It just kept getting worse and worse and worse and pretty soon we had up to 70 students complaining of those symptoms. ”

Parents and students have credited tri-tip sandwiches served to seniors on Thursday for the start of the outbreak. Perales referred the Free Lance to the health department for any health and food questions.

“Were assuming that it’s something like Salmonella,” Perales said. “It can be transferable if students are touching areas of the bus…”

“Were assuming that it’s something like Salmonella,” Perales said. “It can be transferable if students are touching areas of the bus and somebody else touches it after using the restroom.”

The tri-tip delivered to the school had been cooked and was provided by the Future Farmers of America parent group, Perales said. He added that everything can be fine and then a person can get something on their hands, such as Salmonella, and suddenly begin to taint the food.

“It may not necessarily be the food,” he said. “It could be the food handling.”

About 350 students were set to take the trip on seven buses, but about 10-20 seniors on each bus had “severe symptoms,” Perales said. Others backed out of the trip before boarding the bus.

Senior Grant Bernosky was among the seniors planning to attend, but had to back out due to illness. He said he started feeling sick about 90 minutes after a 1 p.m. tri-tip meal. He said one of his friends became ill about 40 minutes after eating it.

“I was super disappointed,” he told the Free Lance. “I really wanted to go.”

Students took off from Hollister but only got as far as Bakersfield before the buses stopped, said San Benito High School parent Raul Alvarez, whose son is a high school senior. Some students were taken to urgent care and some were quarantined, according to reports Alvarez received from his son, who was on the bus.

While parents will receive refunds for the cost of the trip, this was not the way students wanted to finish the year, he said.

“I’m not happy at all,” Alvarez said. “I know these kids have been waiting to go on this trip for the longest time.”

Alvarez also believed the tri-tip meal was the source of the illness. His son ate several sandwiches, including his own and those of vegetarian classmates, and was “hurting pretty bad yesterday,” Alvarez said.

The district is looking into the “small, small possibility” that the district may be able to reschedule the trip and students could still go, Perales said. Graduation and the events that come with it, such as the school’s Disneyland trip and parent night, have become rites of passage, he said.

“It’s just a big letdown for all of us,” Perales said.