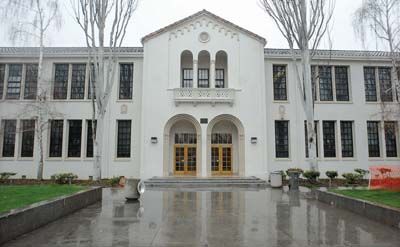 About a half dozen students from the middle school walked with their parents to the Hollister Police Department. The students met with Police Chief David Westrick, who said the students were concerned about the things they’ve seen on social media dealing with racism and civil rights in the aftermath of the election.

Around 150 students from the high school participated in a separate walkout protest. Some students didn’t leave campus and sat in front of the school’s administration building.

The student walkouts follow similar protests held by Berkeley High School students last week. Protests have erupted across the nation as people take to the streets to protest President-Elect Donald Trump over what they perceive as racist, sexist, xenophobic views.

“The event was not initiated or actively supported by school staff or administration, but we were present to maintain student safety,” Ramirez’s post reads. “Despite there being clear differences between students that were expressing their viewpoints during the protest, there was a common theme of our students promoting non-violence. Considering the emotion and passion attached to this issue across our country, I am proud of our students for maintaining a non-violent approach.”

The post goes on to address rumors of a physical fight that occurred during the protest.

Ramirez said the rumors were false, although there was an unrelated verbal confrontation between students as the protest died down and school was dismissed.

“As a school, we recognize that there are still concerns that exist,” Ramirez’s post reads. “We want to continue to look for ways to improve our approach to this issue. We will also continue to maintain an open line of communication with our students, parents, staff and community members.” 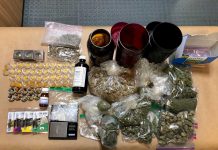