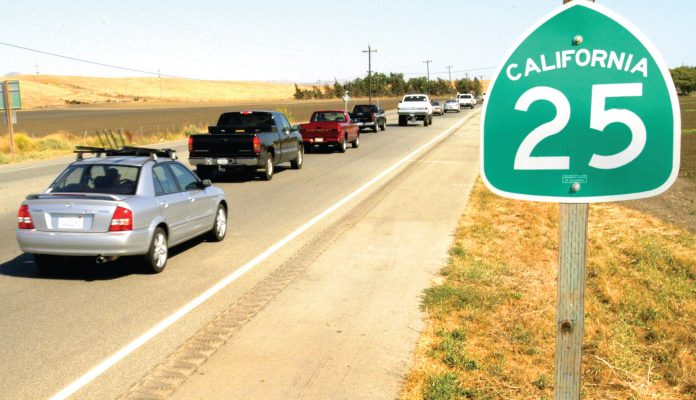 San Benito County voters will be asked to approve an additional 1 percent countywide transportation sales tax on the Nov. 6 ballot, following actions by the county Board of Supervisors on July 24 and the San Benito County Council of Governments on July 19.

The San Benito County Board of Supervisors approved a referendum on a sales tax increase in a unanimous vote. Hollister Mayor Ignacio Velazquez, chair of the Council of Governments, did not attend last week’s meeting. The other four representatives of local governments on the council endorsed the new tax.

Now voters will decide whether to increase the sales tax on all purchases in Hollister from 8.25 to 9.25 percent, from 8 to 9 percent in San Juan Bautista, and purchases in unincorporated areas from 7.25 to 8.25 percent in 2019.

The tax is estimated to produce $16 million annually, according to Mary Gilbert, executive director for the council of governments. The 1 percent sales tax would be in place for 30 years and would help fund the widening of state Highway 25, upgrading of county roads and enhancing bus and paratransit services. f San Benito’s paved roads are rated “poor” with an estimated $350 million needed for pavement repairs.

The council of governments had commissioned a survey by EMC Research to gauge public support for the sales tax and found that a majority of San Benito residents would support it if it meant updating county roads.

The survey also found that with an increased number of commuting residents—especially along the congested two-lane Highway 25—traffic and growth were top issues for voters.

Hollister resident Warren Buoenbender spoke directly to the council on July 19 and said he feared for his wife’s safety during her daily commute because of the deteriorating condition of Hollister roads. Buoenbender’s major concern is the condition of Highway 25.

This concern was echoed by members of the council. Director Jim Gillio, a Hollister city council member and candidate for the Board of Supervisors, said at the meeting, “[Highway] 25 is something that absolutely needs to get done.”

Vice Chair Jaime De La Cruz, a county supervisor, said safety was a driving concern for his vote, adding, “Whenever we hear of a new tragedy, the first thing we think of is our kids.”

De La Cruz expressed the urgency of putting the measure on the ballot, saying, “If it doesn’t happen this election, we’ll be in deep trouble down the road.” He called the road improvements a “dire need.” 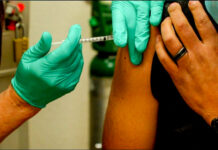