When it comes to performing on a video conferencing software, there is no one to hide behind—just the actor and their screen.

Such is the new challenge a cast of 13 faces when San Benito Stage Company presents its first-ever virtual production, “Bad Auditions…On Camera,” on Feb. 20.

The comedic play, written by Ian McWethy and Carrie McWethy (McCrossen), was created for actors and audiences to experience on video chat. The plot follows a casting director, who has to find an actor to fill the role of a lawyer in a crime procedural. However, it proves impossible when the pool of actors includes those who can’t tone it down for the screen, performers unable to keep themselves in frame, and an actor who seems to believe this is a toothpaste commercial.

The San Benito version is directed by Jenny Arbizu, who has helped direct three other plays for the stage company. However, this one, being performed over Zoom, is a completely different experience.

“There’s none of this ‘hiding behind other actors’ or putting on enough make-up so you can be seen from 10-plus feet away,” she said. “You’re up close and personal. So for most of these actors, they’re learning how to perform under such new circumstances and pressure.”

Actors are limited to using facial, body, vocal expressions and mannerisms to bring their character to life, Arbizu said. There is no stage to walk in and off from, as well as no blocking of the scenes or characters.

“With Zoom, each actor’s set background and the movement of their cameras are what make their own individual ‘stages,’” she said. “It’s definitely a first for most of us.”

The cast of 13 consists of former directors, producers, music directors, adult and teen actors who have all been involved with San Benito Stage Company in the past.

“These performers have blown me away,” Arbizu said. “I never doubted their talent or professionalism, but when I found myself laughing hysterically during each scene (at our first read-through), I knew we had a special show—one that our community wouldn’t want to miss. And the beauty with doing virtual shows is that anyone, regardless of where they are around the globe, can tune in and watch.”

San Benito Stage Company will be showing the free virtual play “Bad Auditions…On Camera” on Feb. 20 at 7pm. Donations to SBSC are appreciated.

For information on show time and virtual access, visit sanbenitostage.org.

The San Benito Stage Company’s Virtual Workshop Series is ongoing, with workshops covering topics such as improv and script analysis. For information or to register, visit sanbenitostage.org or visit facebook.com/SanBenitoStageCompany. 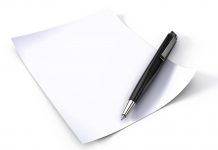