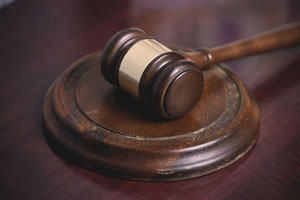 Vazquez accused of driving drunk when he hit two pedestrians

A Hollister man accused of drunkenly running over two pedestrians, killing one, has been charged with murder, according to authorities.

Manuel Martinez Vazquez, 23, was charged at San Benito County Courthouse last week. In addition to one count of murder, Vazquez faces two charges of felony driving under the influence in relation to a June 20 collision on Sunnyslope Road, according to District Attorney Candice Hooper.

Vazquez has three prior convictions for DUI, and he remains in custody at San Benito County Jail with no bail, Hooper said.

About 6:25pm June 20, Hollister Police and Fire personnel responded to a report of a vehicle collision with two pedestrians on Sunnyslope Road near Sunnyslope Lane, according to authorities.

The police investigation found that the vehicle was traveling westbound on Sunnyslope Road just west of Beverly Drive when it appeared to veer to the right off the roadway, authorities said. At that point, the driver overcorrected to the left, causing the car to swerve and lose traction into the oncoming lane. As the car skidded across the street, a man and a woman were out walking with their dog on the south sidewalk of Sunnyslope Road.

Both pedestrians were struck by the vehicle. The woman, later identified as Sarah Villar, suffered fatal injuries and was pronounced dead at the scene, according to police.

Vazquez was arrested at the scene and transported to a local hospital before he was booked at the county jail, authorities said.

Vazquez’s next hearing at the San Benito Courthouse is scheduled for July 22.