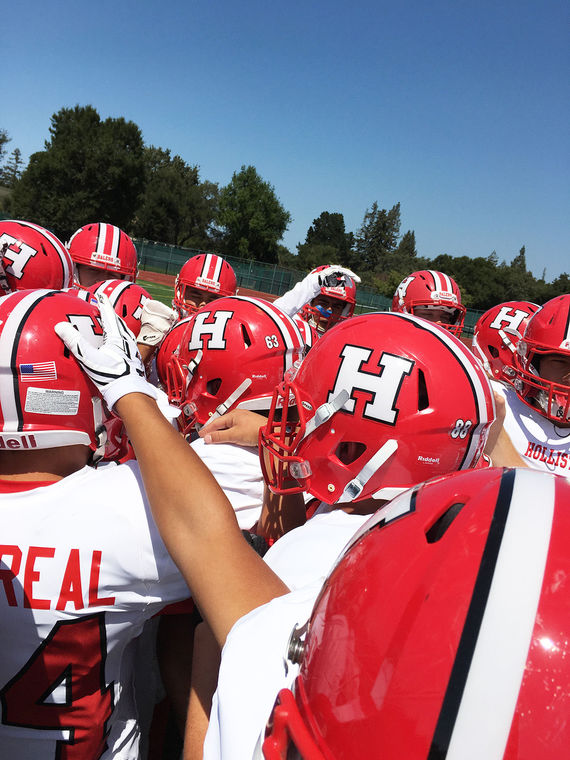 As far as first games go, this one was a doozy. Playing against a perennial Central Coast Section power, San Benito High controlled the line of scrimmage on both ends in a 30-12 win over host Sacred Heart Prep-Atherton on Saturday.

Despite committing three turnovers—one of which came at the Gators 10-yard line—San Benito won because it received contributions from every single unit on the field, especially on the offensive and defensive line. Offensively, the Balers rushed for 336 yards on 44 carries, with Hunter Nye leading the way with 140 yards on 17 rushes.

Albert Lopez had 110 yards on nine carries, including a pivotal 80-yard TD run that put San Benito in full control. On the first play of the second half, Lopez went off left tackle, found a nice lane and once he got into the open field, he was gone. Lopez’s electrifying 80-yard TD run made it 23-6.

Sacred Heart Prep wasn’t going to come back on this day against the San Benito defense, which was stout with the line of Michael Camacho, Richard Justo, Marcos Flores, Jesus De Leon and David Cadena putting consistent pressure on Gators quarterback Thomas Wine, who finished 13 of 26 for 187 yards and a touchdown with two interceptions.

Isaac Regalado returned an interception 99 yards for a TD to ice the outcome, accounting for the final score with 4:06 remaining. Camacho and Justo applied pressure on the play, forcing an off-balance throw that Regalado somehow managed to grab in front of the goal line, avoiding a touchback.

Regalado had a convoy of Balers running with him down the left seam. Wine came out of the shotgun, rolled to his right and tried to hit one of his receivers in the right flat. Regalado jumped the route and there wasn’t a single SHP player within 25 yards of him once the senior cornerback got to near midfield.

What made the moment extra sweet for Regalado was three plays before that he had gotten beat on a post corner route. Angry with himself, Regalado then made a bold prediction.

“After getting beat, I said I was going to end the game,” he said. “And he (teammate Donny Torres) said he was going to lead block for me to the end zone. And that’s exactly what happened. We literally had a conversation as the play was going on. He looked at me and said, ‘I told you.’ It was great.”

Linebacker Colby Noble had two sacks, Nye ripped off some huge runs and Hunter Raquet was efficient, going 4 of 9 for 32 yards and no turnovers. Smith was proud of his players for keeping their composure after each turnover.

“Three turnovers doesn’t sit well with you, but we maintained our poise,” Smith said. “I didn’t see our quarterback lose his composure, and I didn’t see our offensive line lose their composure. Obviously we need to work on some things, but at the same time today those turnovers didn’t faze our players in terms of style of play and dictating the game. We’re going to win on our offensive and defensive lines—it’s who we are and we’re not going to hide anything, We were able to take advantage of our line play today.”