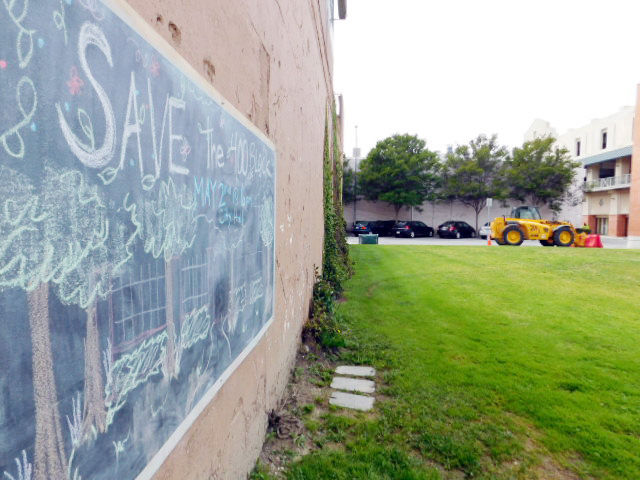 By: Nicholas Preciado • Reporter
January 5, 2017
274
0
Hollister staff expects a proposal for the 400 block development on San Benito Street to go before council members in February.

In May 2016, Hollister council members unanimously approved going forward in exclusive talks to sell the city’s property in the 400 block of San Benito Street for multi-use development.

Mayor Ignacio Velazquez did not take part in the vote at the time because he declared a potential financial conflict of interest, as he owns The Vault property neighboring the site.

According to Housing Program Manager Mary Paxton, the city is currently negotiating a Development Disposition Agreement between itself, the Del Curto Brothers Group and the Community Foundation for San Benito County.

At a May 2 meeting, council members reviewed the proposal and authorized City Manager Bill Avera to enter into an Exclusive Negotiating Agreement with the Del Curto Brothers Group.

The partnership offers conceptual plans to develop the 400 block with four mixed-use buildings that include commercial on the ground floor and 16 condominiums on the upper floors. It also includes a philanthropic center for the Community Foundation funded by a private donor.

According to the proposal, total project costs are estimated at $4,511,600.

The sale of the 400 block is related to what’s known as the Dissolution Act. In 2011, the California Legislature passed the Dissolution Act, which abolished redevelopment agencies in the state. Hollister’s RDA previously purchased the location to prevent blight after the 1989 Loma Prieta earthquake leveled buildings that stood on the site.

With the abolishment of the RDA, the city’s successor agency must eventually unload all remaining RDA assets.

According to city documents, it’s expected that the property would be transferred to the developer around the time when the building permits are issued.