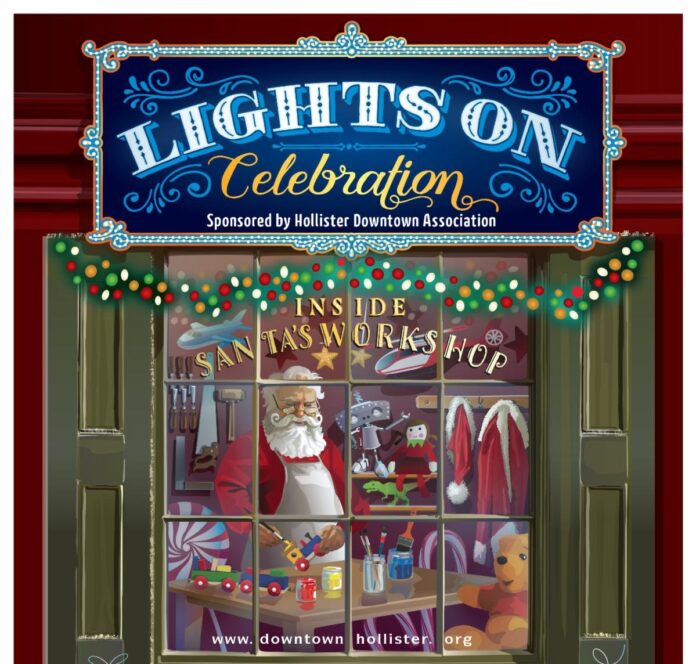 The 30th annual Lights On Parade will still go on as scheduled this year but the Hollister Downtown Association had to make some minor adjustments to the event, including a change of venue.

This year’s parade, “Inside Santa’s Workshop”, will be held at the Hollister Municipal Airport on Nov. 28 and 29 starting at 5:30pm. All of the parade floats, vehicles, dancers and decorations will be stationary as the attendees drive through the designated area in a loop around the airport.

The guests are required to stay in their vehicle the entire ride until the end where they’ll have a chance to wave to Santa and Mrs. Claus.

“We still wanted a way for the kids to get out to celebrate the tradition and it’s the start of the holiday season,” said Hollister Downtown Association Executive Director Corey Shaffer.

The HDA put together 4,000 goodie bags that were assembled last week at the Veterans’ Memorial Building on San Benito Street. Shaffer said the community went above and beyond for all of the donations, especially after the HDA warehouse was burnt down earlier this month.

The HDA encourages the community to bring canned food or toys to donate that will be collected at the beginning of the parade.

The Girl Scouts of Hollister, Lucky’s Supermarket and Hollister Ace Hardware Floats along with the San Benito Dance Academy are just some of the featured sponsors for parade floats.

The parade draws about 10,000 spectators each year and Shaffer expects there will be just as many this upcoming weekend.

“The kids; I just love seeing their smiling faces and the joy they get,” she said.