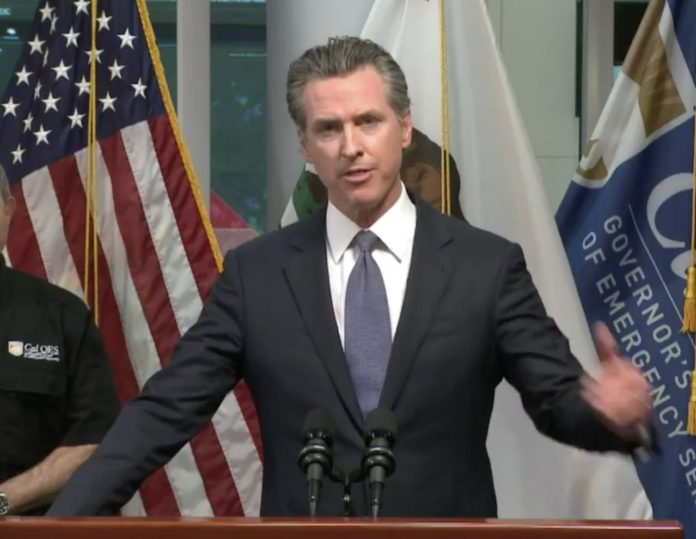 Gov. Gavin Newsom unveiled his proposed 2022-2023 state budget Monday, including a proposal to extend health care coverage to every low-income resident in the state.

The proposal would expand access to Medi-Cal, the state’s version of Medicaid, to all residents who meet the program’s income eligibility threshold, which varies depending on household size, regardless of immigration status.

Medi-Cal is already available to adults age 50 and up and people under age 26. Newsom’s budget proposal estimates it will cost roughly $2.7 billion annually once the expansion is fully implemented by 2024.

Overall, Newsom proposed a total budget of some $286.4 billion, with a $213.1 billion general fund, with funding focused on combating the ongoing Covid-19 pandemic, climate change and its effects, homelessness, the state’s cost of living and public safety.

The total proposal is roughly 9% higher than the 2021-2022 budget, Newsom said Monday during a briefing on the budget.

The budget includes a $45.7 billion surplus, but only roughly $20 billion will be usable for discretionary spending as the state has obligations to reserve a certain amount of its budget to education funding and pension liabilities.

Newsom noted that he expects both the budget’s overall and surplus amounts to change during negotiations with the state legislature this spring and by the time he issues his revised proposal in May, when the state will have more clarity on its total tax revenue.

At that time, the state will also have more clarity on whether its surplus will be large enough to send out stimulus checks as it has during the current fiscal year.

“My sense is … there likely will be substantial contributions back to the taxpayers,” Newsom said. “What form they come in, we’ll work with the legislature, and to what degree in terms of total amounts of dollars will be determined in May.”

State Republican Party Chair Jessica Millan Patterson called on Newsom to avoid a “reckless spending spree” with the surplus, arguing that his policies are driving people to move out of the state.

“Democrats should take the budget surplus accrued from aggressively over-taxing Californians and work with Republicans to make wise investments that will restore the Golden State to a place where people come because of opportunity, not one they are rushing to leave,” she said.

The budget proposal includes some $2.7 billion to support increased Covid-19 vaccination and testing and bolster the state’s healthcare workforce. The funding would be split across the two upcoming fiscal years, with $1.3 billion for the 2022-2023 fiscal year and $1.4 billion for 2023-2024.

To combat climate change, the budget includes some $1.2 billion for wildfire prevention efforts, $648 million to bolster Cal Fire’s workforce and equipment and $750 million in funding for immediate drought response.

The homelessness funding builds on the $12 billion the state allocated in the 2021-2022 fiscal year budget.

The proposal also includes a slew of grants and tax credits both to support the construction of housing units across the state and to support small businesses that have struggled to remain open throughout the pandemic.

Newsom’s budget proposal received plaudits from the Bay Area’s state legislators, who argued that it positions the state well to combat immediate issues while also investing in broader support for the state’s economy and environment.

“I was encouraged to learn of the governor’s proposed allocation of $2.7 billion for additional (Covid-19) testing, medical staff and vaccine administration,” Rivas said in a statement. “The governor’s budget also includes $92.1 billion in education spending, which will expand learning opportunities for students from preschool through college, in addition to almost $500 million to improve school nutrition. Additionally, the governor’s $1.1 billion investment in climate-smart agriculture incorporates many of the priorities set out in our food and agriculture bond proposal, AB 125. Finally, I was heartened by the governor’s proposals to improve the housing supply, especially for our most vulnerable populations including the elderly and the unhoused.”

“I look forward to reviewing the governor’s plan and working with Pro Tem Atkins, legislative colleagues and the administration to create a 2022-23 budget that further moves toward an equitable economy for all,” said Skinner, the chair of the Senate’s Budget Committee.

The full proposed budget can be found at https://www.ebudget.ca.gov/FullBudgetSummary.pdf.