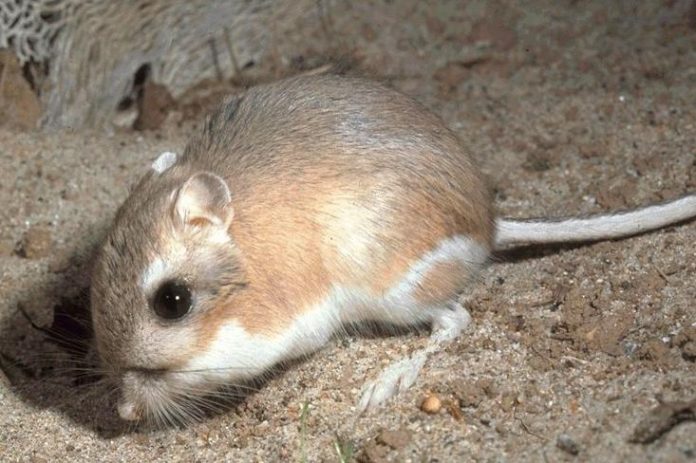 San Benito County Director of Resource Management Brent Barnes explained to supervisors during their Aug. 9 meeting that PV2 Energy’s incidental take permit for trapping and relocating the rodents in the active work area is about to hit its maximum limit.

As of the Aug. 9 meeting, 301 giant kangaroo rats had been trapped in the active work area. Barnes said the trapping effort is about 25 percent to 35 percent done with a lot more to go.

PV2 Energy, the corporation constructing the Panoche Valley Solar Farm, has secured approximately 26,000 acres for the project, with around 3,200 acres being used for solar development. The project is located within the San Benito County near a major power transmission line and has a planned capacity of 399 megawatts.

According to the Endangered Species Recovery Program at California State University Stanislaus, giant kangaroo rats are an endangered species that once spread out in the western San Joaquin Valley, but has faced shrinking habitats due to development, agricultural and otherwise.

The construction activity is what disturbs the giant kangaroo rats, not the actual solar panels themselves, according to the CSU database.

Barnes referred to a map of the PV2 project, which had green and red dots representing giant kangaroo rat burrows.

“Using the ratio of green and red dots, I extrapolated that to see how many giant kangaroo rats might be expected in other work areas,” Barnes said. “The total is about 1,600. When they get to 435, they need to stop. If they have to stop, the work stops.”

Barnes said that PV2 is going to go back and look at their ITP to see if they company can get it amended in order to catch more giant kangaroo rats. However, Barnes warned that the federal Fish and Wildlife Service might not be interested in expanding or extending the ITP due to a federal lawsuit that impacts this.

“When the ITP was done, we were in the midst of the drought,” Barnes said. “Giant kangaroo rats were not very prolific. We had a wet year, a lot of seeds, and the giant kangaroo rats bred like rats. They are going to run on their limit and they’re going to have to figure that out. It’ll be sooner rather than later.”