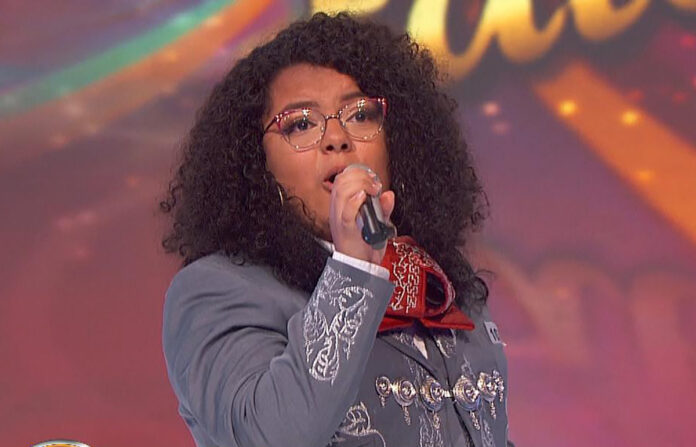 San Benito High School junior Yvette Fragozo made it to the quarterfinals of the television show “Tengo Talento, Mucho Talento” on Estrella TV.

The next stage of the competition is on hold during the shelter-in-place order due to the Covid-19 pandemic but the show will resume at some point. The winner of the contest receives $100,000.

“My parents encouraged me, but I honestly did not think I would make it through,” Fragozo said.

Fragozo, who is the president of the San Benito High Choir Council, impressed the judges, especially Don Cheto who jokes with Yvette after her performance by saying she fooled him.

During the clip he teases Yvette by calling her a liar as she went from a soft spoken voice to delivering a powerful performance.

Fragozo said it was “incredible” to see the reaction of the judges after performing the song “Pelea de Gallos.”

“I’ve looked up to them for so long and I’ve been watching the show since I was 7 years old,” Fragozo said. “I’ve been constantly practicing ever since with all the advice they gave me.”

Fragozo first began with a casting call in Burbank on Jan. 5. She was then chosen to film a singing audition on Feb. 5.

Next year Fragozo will serve as secretary for the Class of 2021. The 4.3 grade point average student said she used to want to be a professional singer but now her focus is becoming an immigration lawyer.

Fragozo has been singing since she was 4 years old and she learned how to play the violin while performing mariachi at age 10. She later joined a church choir in middle school.

She sings with a mariachi group on the weekends and has performed at the Hollister Farmers’ Market. She’s also performed at community events throughout the Bay Area.

“I’ve never done anything to this scale, though,” Fragozo said.