Jose Torres has made a lot of costly mistakes in his life, none more reckless than an assault with a deadly weapon charge, for which he is currently serving a three-year probation sentence which includes payment for restitution. Released from San Benito County Juvenile Hall in January, the 18-year-old knows he’s out of chances to turn his life around.

When Torres’ mom picked him up on the day of his release, Jan. 1, she told him, “Let this be the last time I pick you up.” Torres had just completed his fourth stint in juvenile hall, the first coming when he was 14. But the stakes for Torres to change are greater now, as his girlfriend will give birth to their first child, Elena, sometime in April.

“The only thing pushing me to do better is my daughter,” said Torres, who is set to attend adult school and obtain his GED. “That is going to push me because I want to take care of her and to do that I need to get better myself.”

Before serving his time at San Benito County Juvenile Hall, Torres received another dose of inspiration after completing Nike’s Believe to Achieve program, which is based on the life story of the Vice President of the Jordan Brand, Howard White. The title of the program is the namesake of White’s best-selling book, Believe to Achieve: See the Invisible, Do the Impossible, and chronicles White’s journey to becoming VP of one of the most iconic brands in the world.

Torres was one of eight current and former youths ages 15 to 18 in SBC’s Juvenile Hall to complete the program, which required them to read the book together, write essays and a letter of gratitude, among other things. Ramona Trevino, an assistant pastor at New Life Fellowship and an active volunteer at SBC Juvenile Hall, said the program—which was sponsored by Morgan Hill-based Shoe Palace—clearly resonated with the youth in a way that previous programs failed to do.

“The kids were really engaged, and it blew the staff away,” said Trevino, who as an education specialist for the Gilroy Unified School District teaches students with autism. “They couldn’t wait to start their assignments and get into it. We’ve tried different things to engage them, but nothing seemed to grab their attention as much as this did.”

Torres said the Believe to Achieve program—which Nike describes as a nationwide youth movement—really struck a chord with him because White was easy to relate to.

“Him (White) coming from nothing and building his way up and not giving up kind of made it feel real,” Torres said.

Said Trevino: “The book really fascinated them because sneaker brands are something that kids know all about. They know the Jordan brand and were able to connect well to the program’s message and Howard White.”

The program allowed the participants to get introspective and set goals in the process.

“I learned a lot about my strengths, my weaknesses and the things I don’t need in my life,” said Torres, who has attended 12 different schools in the county due to suspensions and behavioral issues. “I don’t need alcohol or fake friends, and I don’t need to be going back to the hall or jail now that I’m 18.”

On Jan. 8, the eight teenagers participated in a virtual graduation ceremony from the program, where they received a Jordan backpack, a new pair of shoes and heard comments from Shoe Palace executives including Robert Brack, who is the company’s Vice President of Product & Marketing. Shoe Palace provided all the program supplies, including books, pencils and poster paper.

White and Shoe Palace already had an existing relationship prior to the release of the book, and Brack said it was a no-brainer to implement the Believe to Achieve program locally.

“We do a lot of community work in every city,” Brack said. “When we heard about this, it was really compelling and we thought, ‘How could we take our community work to another level?’”

Brack believes the program did just that, partly because the Shoe Palace brought in various speakers from different fields to make the experience feel more real for the youth participants.

“They see real people doing something they aspire to be, and all of a sudden something sparks and they think, ‘I can do this,’” Brack said.

Trevino viewed the Believe to Achieve program as an overwhelming success because it got the participants thinking about their future while providing tangible steps on how to get there.

“We had a lot of discussions that got the kids to hone in on what got them here, but also talked about good habits to implement to help them get where they want to go,” said Trevino, who credits SBC Juvenile Hall Supervisor Jonell Casada for continually being supportive of youth and believing they can turn their life around.

Believe to Achieve was such a success that Trevino said the SBC Juvenile Hall staff was planning to meet and schedule out the next installment of the program, with the goal to run the program twice a year. Trevino and Brock first met when the Shoe Palace sponsored the Believe to Achieve program for the San Jose Police Activities League last fall.

Trevino’s daughter, Kristine Padilla, introduced Trevino to Brock as the Shoe Palace sponsored the program at San Jose P.A.L., with Padilla serving as an instructor. Knowing just how precarious the situation youth find themselves in once they reenter the community, Trevino plans on staying in touch with Torres and two other teens who recently completed the program and their time at SBC Juvenile Hall. She knows one of the keys of reducing the recidivism rate is to be a presence in the kids’ lives after they’ve served their time.

“We’re all going to meet together and  keep in touch,” she said. “I told them that just because they’re out (of juvenile hall) doesn’t mean we won’t be connected. It’ll be exciting to meet as a group and see where it goes.”
Torres said he’s optimistic for the future and has learned from his mistakes. The youngest of five boys, Torres said one of his older brothers is serving time in Solano State Prison for murder.

“He tells me to learn from his mistakes so I don’t end up where he is,” said Jose.

Brack remains optimistic that some if not all of the participants in the program will use their mistakes as a learning and growing experience. On the program’s virtual graduation day, Brack praised the teens for committing themselves to the program and finishing strong. He also gave them words of wisdom and encouraged them to make the most of their opportunity.

“We encouraged them to not let their circumstances define their story,” Brack said. “That whatever they’ve done, let it be a learning lesson that each of them can pull out of their current circumstances and be what they want to be. Mistakes help shape us and grow, and I think those kids know that now.

On graduation day, Brack noticed how all of the participants made eye contact, wrote heartfelt letters of gratitude and expressed “passion about life.”“It brought everything full circle and makes you think, ‘My gosh, this is the reason why we do this work,’ because it really has an impact on these kids,” he said. “Seeing their reactions and how far they’d come, it blew me away. The level of detail they put into the program and everything in it was nothing short of a minor miracle.” 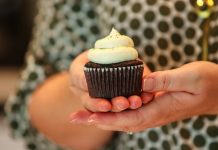