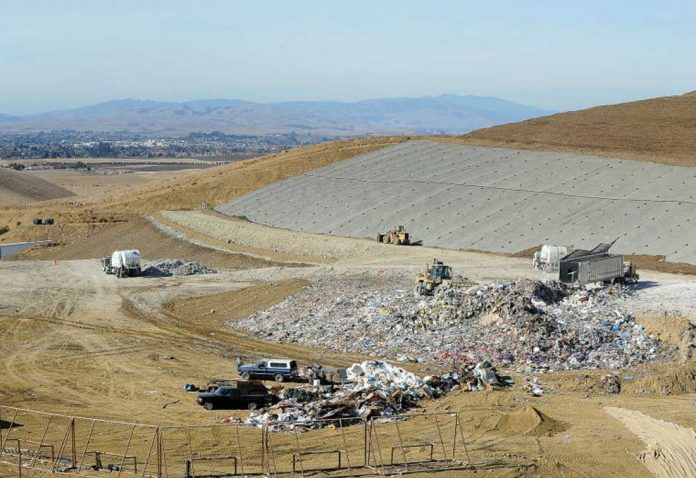 Residents, business owners and other interested parties have until Sept. 6 to submit their input on the proposed expansion of the John Smith Road Landfill, after county officials extended the comment period on the project’s Draft Environmental Impact Report.

The San Benito County Board of Supervisors voted this week to extend the end of the 45-day comment period from Aug. 29 to Sept. 6. Written comments can be submitted to the county no later than 5pm Sept. 6, says a press release from the county.

For more information, or to view the Draft EIR, visit www.cosb.us/jsrlexpansion.

The project proposes using this land to dispose of and store commercial and household waste for the next 50 years, and increasing the maximum daily intake of garbage to 2,300 tons. John Smith Road Landfill currently accepts up to 1,000 tons of waste per day.

To accommodate these changes, several other revisions to the landfill facility are also proposed. These include expanding the landfill entrance area to accommodate additional daily vehicle arrivals and reduce vehicle queuing on John Smith Road, expanding the site’s environmental control and monitoring systems, constructing a renewable natural gas facility, expanding litter and dust control throughout the site, clean closing the current 5.11-acre Class I Area owned by the City of Hollister and converting it to a disposal area for Class III waste, establishing a new haul route for out‐of‐county trucks delivering waste to the site, and increasing or altering the site’s water supply, the EIR continues.

Additionally, about 70 acres of the 101.3‐acre property owned by San Benito County located south of John Smith Road would likely be used for habitat mitigation purposes. The project requires a conditional use permit and General Plan amendment.

The expansion is proposed by San Benito County, which owns the vast majority of the landfill site, and the facility’s operator, Waste Solutions of San Benito LLC. The county released the draft EIR on July 15.

Since April 1, the county’s landfill no longer accepts out-of-county waste due to its shrinking storage capacity and need to leave enough room for local garbage. The landfill reached its 15-year in-county capacity threshold in March, triggering a contract clause with Waste Solutions that halts garbage flow from customers outside the county.

The draft EIR includes a detailed analysis of the project proposal, and a number of alternatives, and its effect on the natural, cultural, tribal and public resources that surround it.

After the 45-day public review period, the county’s EIR contractor will incorporate public input into a final EIR, which must be approved by the board of supervisors before any permits can be granted for the JSRL expansion.