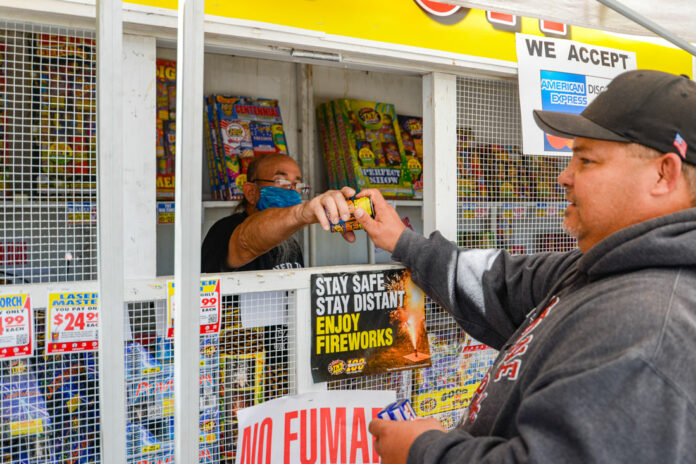 Fines increase for illegal fireworks use in San Benito County

Authorities to crack down under ‘urgency ordinance’

Authorities throughout San Benito County will be levying increased fines for the use of illegal fireworks, with fines ranging from $1,000 to $5,000 depending on the number of offenses and other circumstances, according to county staff.

On June 8, the board of supervisors approved an urgency ordinance for increased illegal fireworks enforcement. The ordinance is similar to those of the cities of Hollister and San Juan Bautista.

Furthermore, the loud explosions caused by fireworks can result in anxiety and other conditions for people suffering from PTSD, authorities said. In addition, each year, local pets are lost, injured or killed because of their frightened responses to illegal fireworks.

Officers and code enforcement staff cannot cite an illegal fireworks user unless they witness the violation, or observe from which property the fireworks were ignited, the press release adds. Or the officer needs the citizen witness to the violation to sign a citation and possibly testify later in court.

The board of supervisors requested a letter be sent out to all property owners in San Benito County advising of the new ordinance and the countywide efforts to curb illegal fireworks use.