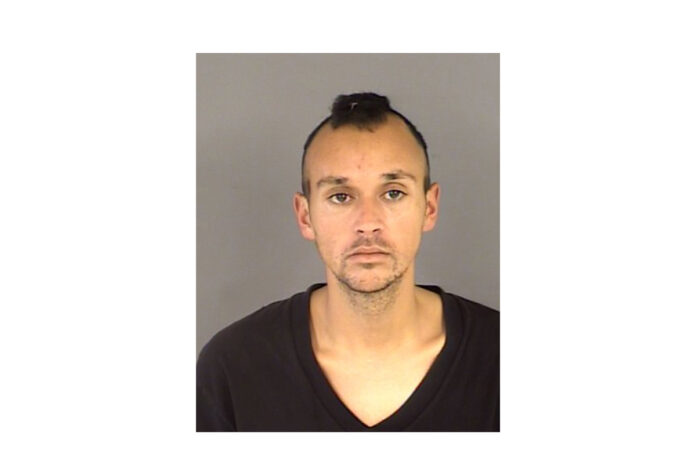 The Hollister Police Department arrested a local transient for vandalism of city property and assault on a police officer that included the use of a five-foot long bamboo staff.

Hollister resident Raymundo Lucas Lucatero Jr., 26, was booked on charges of felony vandalism, two counts of burglary, assault with a deadly weapon, battery on a police officer, possession of a controlled substance and possession of burglary tools.

On Aug. 31, Officer David Anderson located Lucatero at about 11:30 a.m. at Briggs Building parking structure, which was the same location where other items were vandalized.

According to Hollister Police, Anderson questioned Lucatero and began to take him into custody for the vandalism. Lucatero resisted arrest by pulling free and then pushing  away from Anderson.

Lucatero grabbed a five-foot long bamboo staff and swung it at Anderson, who then deployed his Taser at Lucatero; the Taser was not effective. The suspect ran down the stairs but was apprehended near the vehicle entry off Briggs Alley, according to the press release.

“Lucatero was still defiant and refused to cooperate. Other officers arrived to assist and Lucatero was taken into custody without any further incident,” says the press release.

Hollister PD said that the IT Manager for the City of Hollister reported electronic equipment and part of the city camera system being vandalized just after midnight on Aug. 30. Cost in damages was more than $1,300 and it was the second time this month that such an incident occurred.

Lucatero was suspected in a previous vandalism that occurred at the same location on Aug. 18 and is being investigated in connection to another downtown business burglary.

Anyone with information regarding these investigations can contact the Hollister Police Department at (831) 636-4330. Persons wishing to remain anonymous may call WeTip at (800) 78-CRIME. Information provided to WeTip may qualify for a reward.