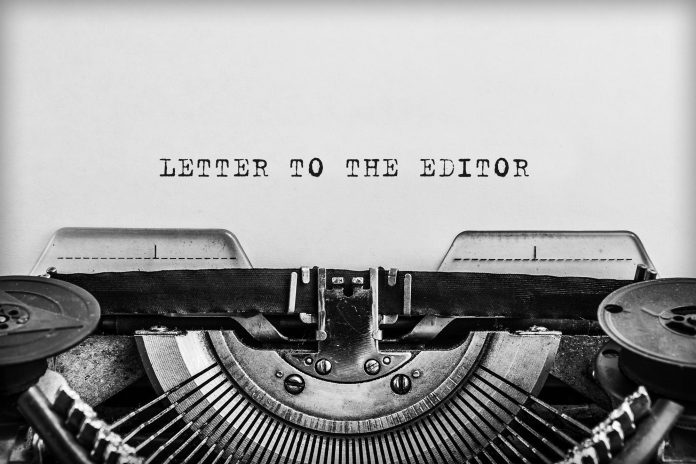 Letter to the editor: The political process

As I drive around town, I see an abundance of political signs for the upcoming elections, and recognizing the names it appears that there are several local offices where there are multiple candidates who are qualified, and also some very clear choices in terms of their political views and philosophies. Therefore, I would like to propose to the local political organizations that you organize some debates, (host them at churches, vets hall, schools, etc.) and try a new format for the debates.

I propose the following format: there would be three rounds. In round 1, one candidate at a time would have 10 minutes to speak about his or her platform, qualifications, beliefs and character. During this time, the other candidate/es would be placed in isolation and all their electronic devices confiscated; they would not be able to hear in any way their opponents. The person giving their speech would not be permitted to mention their opponents’ names during their 10 minutes—if they do they would lose 1 minute for each time they did.

If anyone personally attacked or even insinuated anything about their opponent’s character they would be removed from the debate.

Round 2 would be 5 minutes long and feature each candidate, again alone, answering two questions. One that all the candidates would answer, and then each member of the audience who wants would submit a question in writing which would then be viewed by the moderator to make sure the content is appropriate then placed in a “hat” and drawn at random. This would give the audience an opportunity to see each candidate deliver a planned response, and also one where they had to “think on their feet”.

Again, only one person on the stage at a time, and the other candidates wouldn’t get to hear their response. Same rules apply: mention your opponent’s name and you lose a minute, attack them personally and you are out of the debate.

Round 3 would be with each candidate on the stage and the following requirement: First: you would be required to state what you think is your best personal quality or character trait, and then why you think this makes you the best choice for the position. Any mention of your opponent or their character during this section is an automatic disqualification from the debate.

Could you imagine if this happened? We would actually be able to hear from the candidate their position, their strengths, etc., without it becoming a personal attack.

The second piece of this is the responsibility of the voter. It is true the act of casting a vote is a right, but the need to make a well informed decision, to research candidates, and positions, to cast a wise vote is a sacred duty. It should not be trivialized with universal mail-in ballots or voting with a smartphone app. In short, you should have to care in order to cast a vote.

We have some qualified, enthusiastic candidates; let’s hold them to a high standard in a debate, and then let’s honor that standard with a voting standard of our own whereby we cast an informed ballot based on policies, facts, integrity, etc.