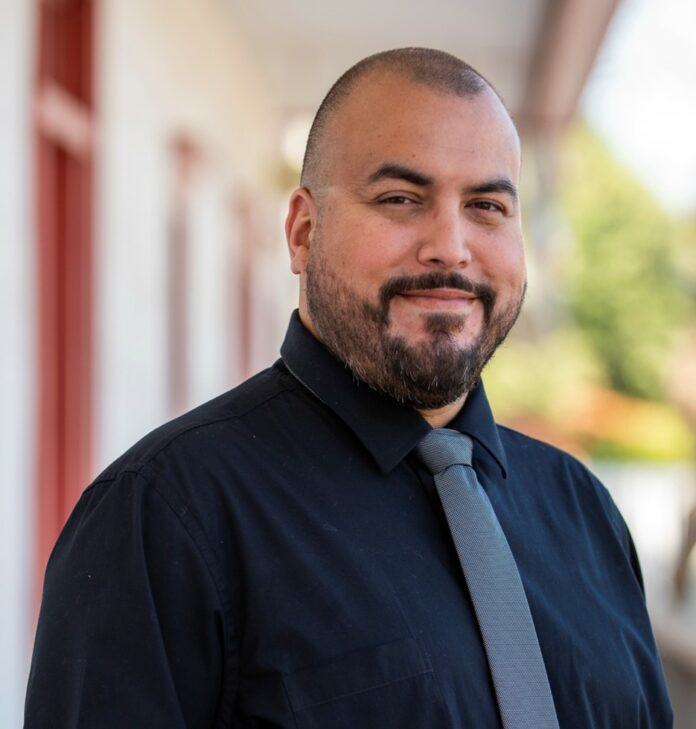 Seat is one of three city races on Nov. 3 ballot

Former counselor, educator and coach, Sal Mora, announced his candidacy July 6 for the office of Mayor of Hollister in the November election.

Mora, currently a mortgage loan officer, said in a July 6 press release that Hollister is at “the crossroads of opportunity.”

“It always has been, but you have to work hard to give residents and the business community the chance to grow and thrive,” Mora said. “And I’m running for Mayor because I truly believe in the potential of our great city and I am willing to work hard to make that happen.”

Mora and his wife, Tracee, have four children together, three of whom attend local public schools in San Benito County. Their oldest is currently attending college.

Throughout his career, Mora has been a group counselor and special education teacher’s aide, according to his press release. He has coached football, wrestling, girls’ soccer and softball.

Mora cited “housing, traffic, jobs and economic development” among the top priorities heading into the Nov. 3 City of Hollister election.

“But first, we need to bring back order, respect and transparency to our city government so that we can work together and bring prosperity to our city and improve the quality of life of every resident,” Mora said in the press release.

If elected, Mora said he would appoint a “mayor’s blue ribbon committee” to guide Hollister through the Covid-19 pandemic and reopening; adopt a “Resident’s Bill of Rights” to set “some basic rules on how every resident is treated when interacting” with city officials and vendors; and post a “City of Hollister Rules of Decorum” document to apply to conduct at public meetings.

“I’m proud to call Hollister my home and I plan to work hard to ensure that our city moves forward and continues to prosper and grow,” Mora said. “I’m running because our city now more than ever needs strong and positive leadership that brings our entire city together as we face one of the most critical times of our history. It’s time to unite our city and make it work for every last one of us.”

Hollister Mayor Ignacio Velazquez has said he is running for re-election in the Nov. 3 election. Council member Honor Spencer has also expressed her intention to run for mayor of Hollister this year.

Also up for election on the Nov. 3 ballot are the City Council District 1 seat—currently occupied by Carol Lenoir; and the District 4 seat, which has been vacant since the death of Council member Marty Richman on March 19.