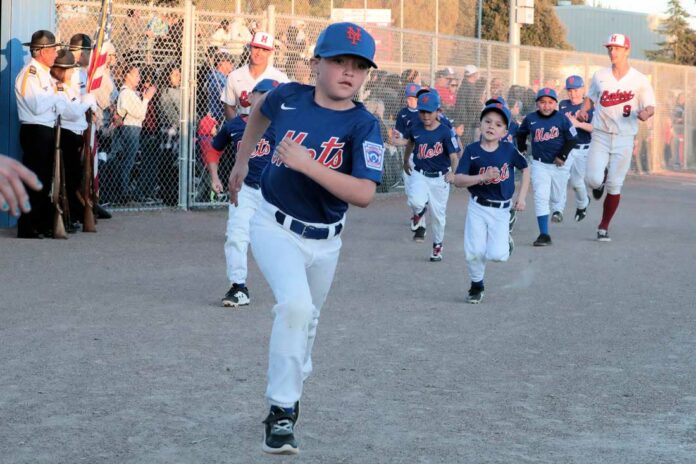 For the first time since 2017, Hollister Little League was able to hold its Opening Ceremony on March 11 at Veterans Park. An estimated 2,000 people were in attendance for the festivities, which were canceled for the last four years due to inclement weather and the Covid-19 pandemic. The event featured 525 players from the league’s 42 teams with San Benito High senior Jackson Pace throwing out the first pitch to his dad Carlton, who is a former HLL president.

There was also a memorial tribute to George Ocampo, a beloved figure in the community who died in December 2019. Ocampo’s wife, Trisha, was there to accept a plaque in his honor.