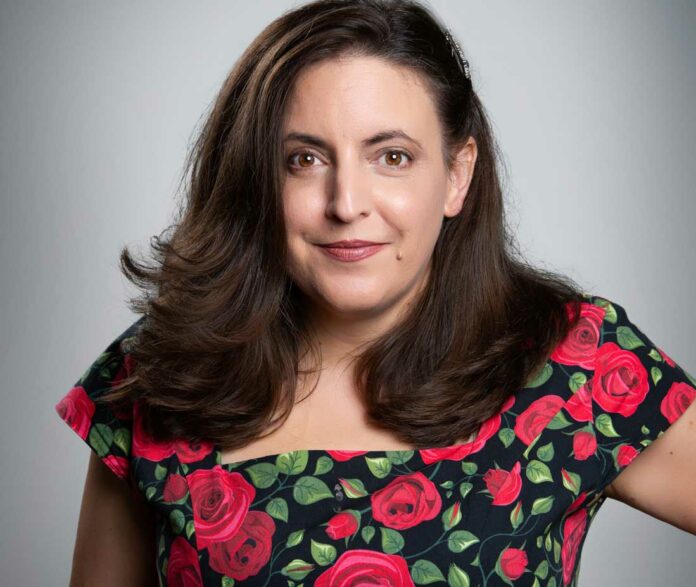 Oakland-based “stuttering comedian and author” Nina G, who strives to use humor to influence audiences’ understanding of life with disabilities, will bring her act to Hollister on Aug. 26.

Nina G will perform at Pour Decisions Taproom, 650 San Benito Street in downtown Hollister. The show opens at 7:30pm with featured comedian Steve Danner, according to a press release from Nina G, who will headline the show.

Nina G and Danner are members of the comedy troupe, Comedians With Disabilities Act. The troupe was founded in 2010 by a group of performers who live with a variety of disabilities and aim “to bring laughter to audiences while also challenging their assumptions about disability,” says the press release.

Nina G is the author of the books “Stutterer Interrupted: The Comedian Who Almost Didn’t Happen,” and “Bay Area Stand-Up Comedy: A Humorous History.” She is also a disability activist, speaker and presenter.

When she started comedy about 13 years ago, Nina G was “undaunted after battling a lifetime of stigma” and pursued her dream, the press release continues. “She brings her humor to help people confront and understand Disability culture, access, and empowerment,” says the release.

Nina G, Danner and other comedians have joined the growing Comedians With Disabilities Act over the years. The troupe was founded in 2010 by comedian Michael O’Connell, according to an article on einnews.com. Nina G and Steve Danner joined the troupe shortly after its founding.