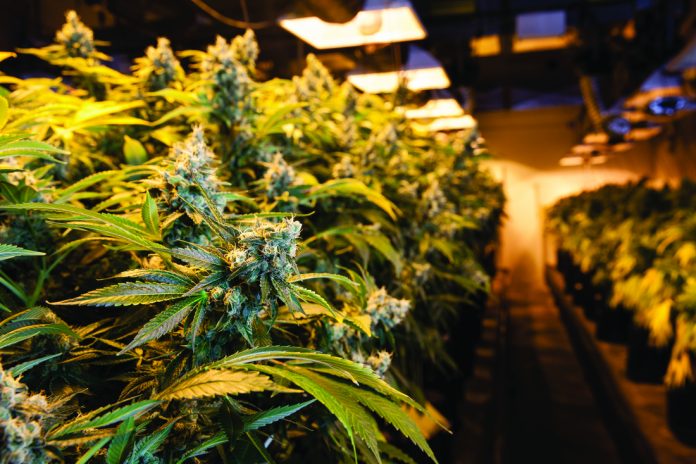 At the Hollister City Council meeting early this month, council members approved plans for a cannabis testing lab, High Sierra Analytics, that is expected to draw business from cultivators and manufacturers from multiple counties.

Owners expect demand for lab services to be high, because the closest testing laboratory in the region is located in Santa Cruz, and nearby cannabis distribution businesses will benefit tremendously from the lab’s proximity.

“I started looking around a year-and-a-half ago, and the closest place we could find that was close to the Central Valley was Hollister,” Thomas Gromis, CEO and founder of High Sierra Analytics said. “Hollister is a great little town, and there’s a lot of business going there. The Bay Area market is strong.”

Following the implementation of new cannabis laws on Jan. 1, new regulations to test cannabis products came into effect. The tests, which include testing for potency, for the presence of heavy metals, pesticides, residual chemicals such as alcohol or microbial contamination, testing labs will serve an integral and ultimately, a legal necessity to do business.

“It’s our job to make sure the product is safe before it’s ready for sale,” Gromis said. “The tests are pretty intense, and we need to use some very intense machines and chemicals to do it.”

Intense as the methods are, the logistics surrounding the pickup of samples, which require technicians from certified labs to pick up a distributor’s product, with video evidence to be sent to the state. Then the lab is required to test.

“That’s a big reason why we wanted to find these underserved areas,” Gromis said. “If the closest testing lab is three hours away, collecting the samples are going to be very onerous. We also need to make sure the samples are separated scientifically. If you have a 50-pound batch, you need to make sure it’s separated into 10 different containers. That is all videotaped.”

Tax rates in Hollister are also far more agreeable to Gromis than what he sees in Monterey and Santa Cruz Counties, where steep tax rates, of 15 and 20 percent, chisel away at potential profits.

Logistically, Hollister by mid-year will have all key components of the cannabis industry:  manufacturing, distribution, and testing. Now that manufacturing, cultivation, distribution, and testing of recreational marijuana have been cleared, the city could benefit from up to $500,000 a year in taxes from cannabis businesses, according to Pinnacle Strategy President Victor Gomez.

Even with one of the best aquatic facilities in...
Uncategorized

Everyone knows that a lockdown isn't a measure that can be sustained forever. The facilities have been on lockdown since mid-February using Covid-19 or coronavirus as the reason.
News

Final ballots were still being counted at mid-week, but...