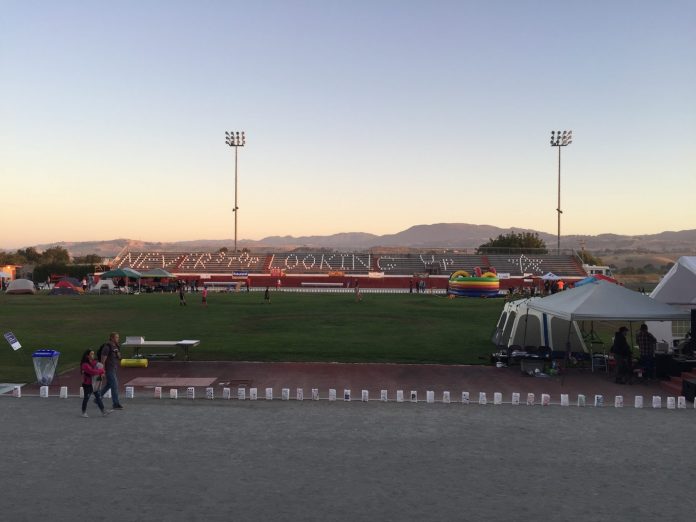 Above all else, hope

By: Roseann Hernandez
August 3, 2017
295
0
Last Friday while deciding on this issue’s Question of the Week, I ran into a bit of difficulty. I wanted to ask our readers how cancer impacted them to coincide with reporter Nick Preciado’s coverage of the Relay for Life fundraiser held last weekend at San Benito High School. But as our faithful reader and regular commentator, Ruth Erickson noted, if you have not experienced cancer firsthand or been touched by the suffering of a loved one with the disease, it may be challenging to give a robust response. So, after discussing it for a while, I went with Formula One, instead. I suppose I wanted to get our readers’ opinion on cancer, a disease that comes in many forms, and according to the American Cancer Society, which spearheads the Relay for Life initiative nationwide, will impact one in three women and one in two men in the U.S. during their lifetime, because, I have seen what it does to people I love firsthand. I lost my grandfather in April to lung cancer and while he died, thousands of miles away, across the pond, in a town called, London, I watched my brave mother-in-law do daily battle with the disease. As this paper’s coverage of the Relay for Life event showed, the will to live and hope are intrinsically combined when facing a cancer diagnosis. I give my heartiest of thanks to the hundreds of participants in San Benito County who raised more than $107,000 for a cure and cancer patient care. Cancer does not care if one is young or old, and neither should we in our joined pursuit to find healing, offer support and give hope to impacted members of our community. As for the Formula One proposal floated for a 550-acre rural parcel just outside San Juan Bautista, the Los Gatos company behind it failed to show up to a packed planning commission meeting where the proposal was vehemently discussed on Tuesday. While an informal tally of comments on the Hollister Free Lance Facebook page and from our own Question of the Week panel showed most in support of the ambitious project, the majority of San Juan Bautista residents who spoke up at Tuesday’s meeting were against it. Common concerns were related to the lack of infrastructure that currently exists for such a large project. As many have noted, in this country, most development is undertaken in partnership between private developers and investors and public agencies. While the idea of a world-class event such as Formula One being located in our neck of the woods seemed almost too outrageous to fathom, it’s worth remembering that to get what we need, we sometimes have to give something in return.
Share
Facebook
Twitter
Linkedin
WhatsApp
Email
Print

Letter: Money talks when it comes to highway nodes

If anyone thinks George Washington’s lips on a dollar...
Letters

Letter to the editor: Wisdom without intelligence

In one of my previous letters, I mentioned that...
Letters

Letter to the editor: Shameful comparison