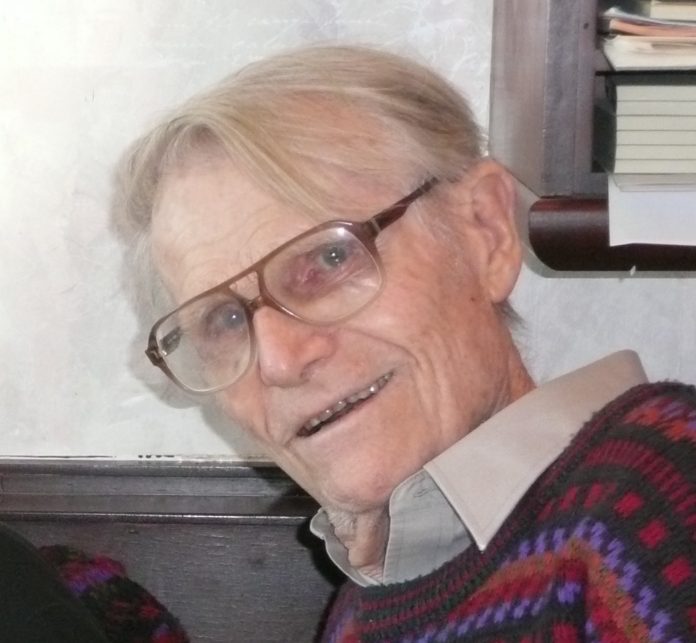 Born in Oakland. John was an Eagle Scout, graduated from UC Berkeley where he was editor of the Blue and Gold and president of ATO fraternity, served as Captain in the Marine Corps during WWII, married Virginia Darling Hess, was a teacher and school principal, developed a ground-breaking gifted-children program, received a Masters from Stanford, raised a family in Redwood City, and enjoyed his last 42 years in Hollister.

He was active to the end of his amazing life, playing tennis until 80 and walking a mile a day until near the end. He was thoughtful, kind, friendly, smart, athletic, and yet modest about his attributes and accomplishments. He passed away in his sleep at the age of 97. John was devoted to his wife Jinny for 67 years of marriage; to his children Scott, Jay, and Lynn; to his grandchildren Lindsay Tanner and Annie Booth; and to his great-grandson Sullivan Tanner. Loved and admired by all, he enriched the lives of everyone around him and will be sorely missed.
In lieu of flowers, donations in his memory may be sent to the service organization of your choice.
A gathering to celebrate his life will be held Saturday, March 25 at 1:00 P.M. at Christ Fellowship First Presbyterian Church, Hollister.