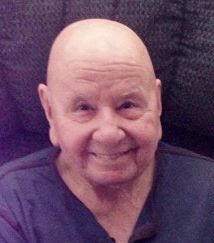 By: submitted
January 24, 2018
349
0
Bill Clem went to be with his Lord and Savior on January 21, 2018.
He was a Foremen for a local builder in Gilroy. He was a City Building Inspector for 20 years, when he retired.
He served in the Army Air corps during World War II and was a tail gunner in a B-17 with the 303rd Bomb Group, known as the Hell’s Angels.
He is survived by his wife Edith Lawana Clem, his children Larry Clem of Ardmore, Glenda Nichols of Yuba City, Marilyn England of Gilroy and Bruce Clem of Hollister. He has nine grandchildren and five great grandchildren, with one due in July.
Memorial Services at Ullrey Memorial Chapel, 817 Almond St, Yuba City, followed by fellowship at the Calvary Christian Center 2620 Colusa Highway, Yuba City.
Share
Facebook
Twitter
Linkedin
WhatsApp
Email
Print