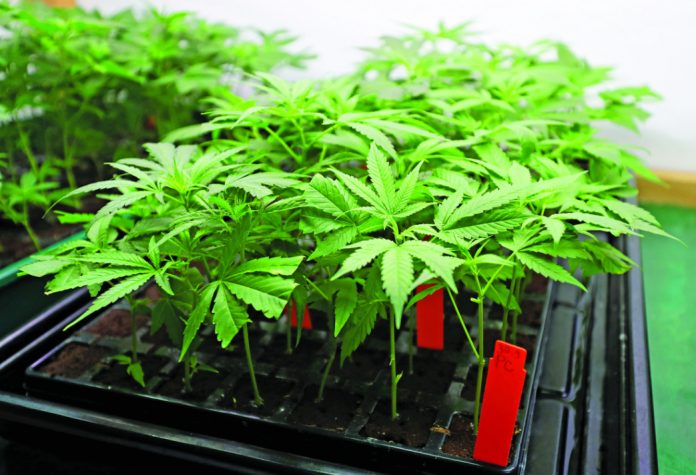 After months of deliberation and a countywide vote to adopt a tax structure for the recreational cannabis business, marijuana may be coming to unincorporated San Benito County.

The San Benito County Board of Supervisors voted 4-1, with outgoing Supervisor Jerry Muenzer in dissent, to move forward with a resolution to approve the cultivation and manufacturing of recreational cannabis in unincorporated parts of the county. A final vote is expected Dec. 11.

Microbusinesses are a combination of cannabis operations that include cultivation, manufacturing, distribution and retail. Out-of-county retail sales would allow cannabis delivery services to deliver retail cannabis to customers in neighboring counties.

The ordinance would not allow cannabis dispensaries in unincorporated San Benito County, unlike the City of Hollister.

The city allows dispensaries, cultivation, laboratory testing, distribution and delivery to storefronts. The cannabis dispensaries that come to Hollister can only sell marijuana for medicinal use. Following the county resolution, the city of Hollister’s marijuana regulations will not change.

The resolution before the supervisors will only apply to the unincorporated parts of the county and is similar to ordinances passed by neighboring California counties.

Many counties were left lost when it came to regulating marijuana following the 2016 approval of Proposition 64, which legalized the sale and possession of cannabis. This led to several counties banning cannabis sales or cultivation all together in unincorporated county areas. Proposition 64 may have legalized the recreational use of marijuana, but it gave the power to municipalities to decide if cannabis businesses could get business licenses.

The San Benito County Sheriff’s Office and the Hollister Fire Department raised concerns at the Nov. 20 Board of Supervisors meeting over the need for additional staffing to enforce the incoming unincorporated cannabis industry.

In July the county hired Hdl Companies, a consulting firm in Brea, California, that specializes in helping government agencies write and adopt laws and cannabis-related government departments, to assist the county in crafting its cannabis ordinance.

The path toward legal commercial cannabis swung from a possibility to a probability after voters in unincorporated San Benito County voted to pass Measure C in the June 2018 primaries. In what was designed to be an informal poll about whether voters would accept commercial cannabis, Measure C also established a basis for how the cannabis industry would pay taxes.

To help regulate the commercial cannabis industry in the county, the Board of Supervisors will create the Cannabis Business Regulatory Agency, to be headed by County Administrative Officer Ray Espinoza.

California state law states that individuals need to be at least 21 years old to buy cannabis products or 18 years old with a doctor’s recommendation.

Of the eight cannabis operations in their final occupancy stage, four are expected to be open by the end of January.