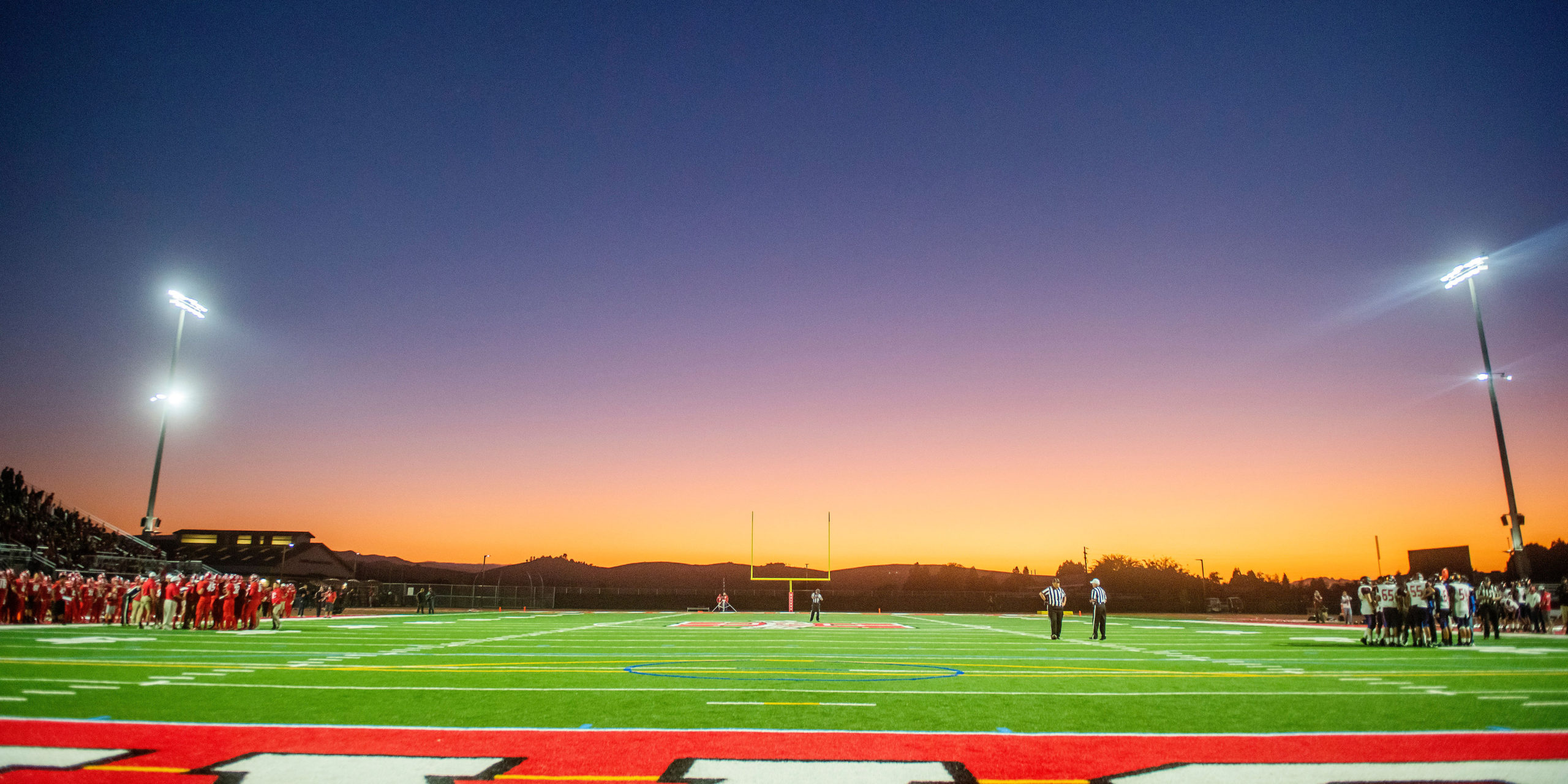 The skies were clear, the sunset brilliant, the bleachers were standing-room-only in a sea of red and the new Andy Hardin Stadium at San Benito High School in Hollister was ready for some football. The team, playing for the first time on new turf at a new stadium, didn’t disappoint, thumping Santa Teresa of San Jose 30-7 in its season opener.

The crowd, estimated at 4,500, also got a look at the new adjacent swimming complex, where one day earlier visiting Harbor spoiled an inaugural contest by defeating the Baler water polo team.