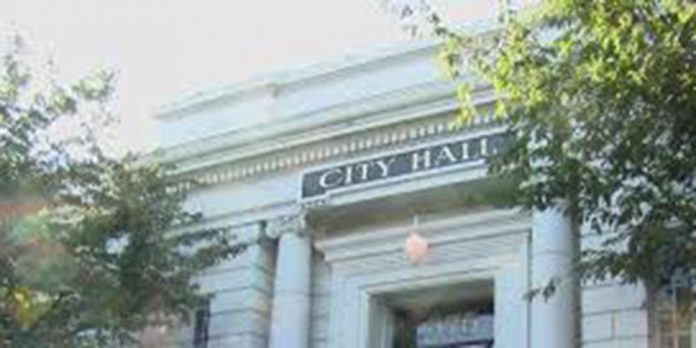 Hollister council delays vote on use of ARPA funds

Hollister officials have yet to approve a spending plan for more than $9.7 million in federal Covid-19 relief funds, as city council members disagree on how much of the money should be used for extra “hero” or hazard pay for essential city employees who have worked through the pandemic without interruption.

The City of Hollister has been promised about $9.7 million in ARPA funds. The funds will arrive locally in two distributions, with the first tranche of about $4.9 million received in city coffers earlier this year. The next batch of ARPA funds will be distributed about 12 months later.

But at the Dec. 6 Hollister City Council meeting, the council declined to approve the staff recommended plan for the available funds. Instead, the council voted to withdraw the agenda item and delay their decision to no earlier than the Jan. 18 council meeting.

Federal authorities have placed strict limits on what the ARPA funds can be used for by local jurisdictions. One approved use of the stimulus money is “to respond to workers performing essential work during the Covid-19 public health emergency by providing premium pay to eligible workers,” says a city staff report.

City Manager Brett Miller presented a detailed plan to the council recommending how to spend the stimulus money. Miller’s recommendation dedicated a small portion of the city’s ARPA funds—$480,000—to city employees in the form of hazard or premium pay.

Part-time employees would receive $1,200 or $600, depending on when the city hired them, Miller said.

But some council members thought the rate of stimulus-funded hazard pay should depend on what department an employee works in and how likely they were to risk their health as an essential worker during the pandemic.

For example, Council member Tim Burns said the city’s police and fire department personnel have likely faced more risks than city employees who have worked from home—in a “protected environment”—since the pandemic started in March 2020.

“I think it should be looked at more closely as we move forward,” Burns said.

Mayor Ignacio Velazquez agreed, adding, “At the very beginning, we didn’t know the consequences of this whole thing, and our police and fire department were right there.”

Miller noted that the city defines all of its employees as “essential,” and his recommendation is based on their dedication to the city during the pandemic and a desire to keep them working for Hollister. Even the city employees who have mostly worked from home have still had to visit city offices on occasion during the pandemic, risking their health and that of their families.

He didn’t recommend hazard payouts as a percentage of an employee’s overall pay because “No one life is worth more than another,” he said.

Miller added, “We have had a really great, dedicated staff. I felt every employee deserves something for all the hard work they do.”

The council will consider the expenditure of the ARPA funds again at the Jan. 18 meeting.

In addition to using $480,000 for city employee hazard pay, Miller’s recommendation included the following uses of the federal stimulus funds:

Under the federal law that established ARPA, cities and counties may use the funds for responding to Covid-19; responding to negative economic impacts related to the pandemic; revenue loss; and investments in infrastructure, according to a city staff report.

The ARPA funds available to the City of Hollister are from the program’s Coronavirus Local Fiscal Recovery Fund, which provides $350 billion for states, municipalities, cities, counties, tribes and territories to assist with pandemic-related response expenses.

Council member Rick Perez said at the Dec. 6 council meeting that he would like the city to spend more than $100,000 of ARPA funds on tourism.

“This money, to me, is to revitalize,” Perez said. “That means, bring people here to spend money.”

The four sitting members of the Hollister City Council voted Dec. 6 to approve the official results of the Nov. 2 special election for Council District 3, which Dolores Morales won.

According to the results from the San Benito County Registrar of Voters office, Morales received 485 votes in the special election. Other candidates receiving votes were Lauretta Avina (379 ballots), Silas Quintero (146), Scott McPhail (111) and Matthew Rojas (23).

Only 1,144 voters—or about 21% of District 3’s voter rolls—cast ballots in the Nov. 2 race. There are 5,418 registered voters in Hollister City Council District 3.