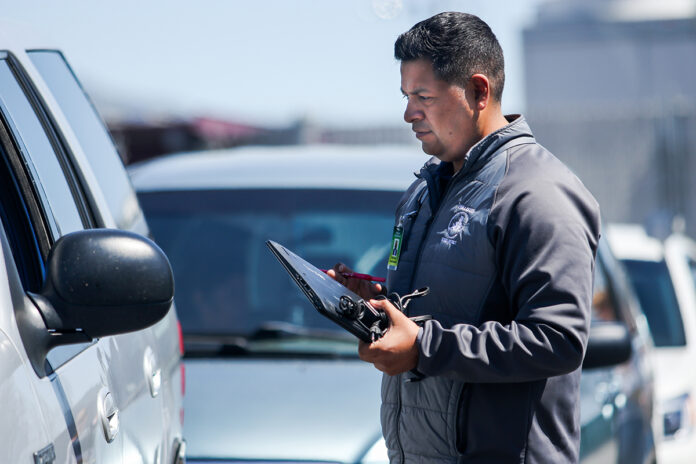 Schools gear up for distance learning

The distance learning model is starting to shape up for the Hollister School District as the Board of Trustees were introduced with plans to begin the new school year.

The board on July 28 received a report with details that the district will hand out 3,500 laptops to students and more than 1,000 hotspots for internet access prior to the start of the school year, which begins Aug. 17.

Superintendent Diego Ochoa said teachers will use Google Classroom to hand out and track assignments.

Ochoa said Google Classroom is a simple one-button process that will create assignments, quizzes or tests. He demonstrated during the meeting how teachers would view their classes and be able to see who has or has not submitted work.

Parents would also have the same access to Google Classroom so they can monitor their children’s progress.

Trustee Elizabeth Martinez asked if principals would be allowed to monitor and generate a report if their teachers or classes aren’t hitting certain marks.

“So that he or she can have a conversation with the teacher to figure out what is needed to fix that situation ASAP,” she said.

Ochoa said that principals can do that and they can also view upcoming assignments so they don’t just see what students didn’t do.

Trustee Carla Torres-Deluna asked if students will still be using Google Classroom if they return to school. Ochoa replied that they won’t because students in grades TK to third will be using Footsteps to Brilliance.

A parent phoned in asking at what point students will be taking exams to see what level they’re in. Ochoa said they want kids to meet their teachers before taking any kind of test.

“We feel that that would harm the relationship starting the school year,” he said.

Ochoa said they’ll begin testing students in English and Math at the beginning of the third week of school.

The initial distance learning plan dated from March 16 to June 10 showed that students were handed out one device per household and no wifi hotspots. There also wasn’t sufficient training for online instruction.

“Many students only saw their teacher for two hours a week,” he said. “Starting in August it is very likely that students will have 15 and 20 hours a week of instruction happening. The amount of teaching is just going to skyrocket.”

Trustee Rob Bernosky said during the September board meeting he would like to request an assessment that would come from the principals to let them know what’s working and what isn’t so they can make adjustments.

Hollister School District will host one in-person training session, Jumpstart for  Success, for 12 people at the district office.

Ochoa said it will allow them to have a full day to inspire the new teachers to become a part of the district.

“Our plan for Jumpstart for Success is to bring the new teachers in the district to this location,” Ochoa said.