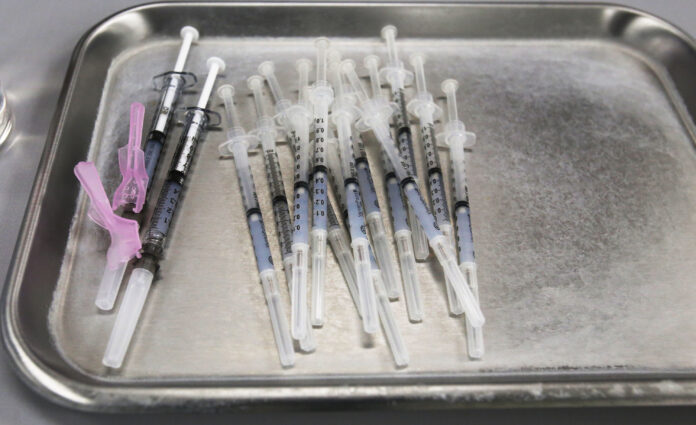 About 24 percent of San Benito County has been fully vaccinated against Covid-19, but officials want to see more accurate, complete reporting of the numbers from local providers.

As of April 14, public and private providers have administered 30,675 doses of Covid-19 vaccines to San Benito County residents, according to the California Department of Public Health.

San Benito County’s public health department offered some more detailed local numbers to the board of supervisors at the April 13 meeting. A total of about 28,000 Covid-19 vaccine doses have been administered in the county since Dec. 15, according to interim Public Health Officer Dr. David Ghilarducci. About 24 percent of the county’s approximately 62,000 residents have been fully vaccinated.

Two of the most common vaccines—those produced by Pfizer and Moderna—require two doses for a patient to be fully inoculated. News that the newer Johnson & Johnson vaccine may be tied to rare occurrences of blood clots in some patients has led state and local officials to temporarily discontinue administering that shot.

At the current rate of vaccination in San Benito County, authorities predict all residents age 16 and older could be vaccinated by Oct. 24.

Supervisors and staff expressed some frustration in the inconsistency of reporting of vaccine numbers from local private providers and state officials. County public health staff showed a list of providers and their allocations of vaccines from local authorities at the April 13 meeting. The list showed that some providers—including Hazel Hawkins Memorial Hospital—have not accepted Pfizer vaccine allocations from the county in several weeks.

However, Supervisor Bea Gonzales noted that some of the private providers in San Benito receive their vaccine doses directly from the federal government, and that is why they haven’t accepted local allocations.

“We need to make sure we have an accurate reflection of the numbers being provided,” Gonzales said.

Public health officials continue to encourage residents to get vaccinated against Covid-19. The county is hosting a vaccine clinic April 14, 15, 19, 21 and 22 at the Health & Human Services department, 1161 San Felipe Road, in Hollister. The clinics will have the capacity to administer up to 252 doses (Pfizer first shot) per day, by appointment.

Appointments are available online at myturn.ca.gov.

The increasing worldwide occurrence—including in California and San Benito County—of a growing number of Covid-19 “variants of concern” illustrate the need to increase vaccinations, County Deputy Public Health Officer Dr. George Gellert told the board. These mutations of the virus can be more contagious or result in more severe symptoms in patients who contract them, but so far all available vaccines appear to be effective against known variants.