Public viewing for friends of Elsie will be on Thursday, January 17th, 2013, from 1:00 to 6:00 P.M., at Grunnagle’s Funeral Home (870 San Benito St. Hollister). Services will be held at Sacred Heart Church, Hollister, (corner of Fifth & College) on Friday, January 18th, 2013, at 2:00 P.M. A private entombment will follow the services. In lieu of flowers, memorial donations may be made to: The American Heart Association, The Community Foundation for San Benito County, Hazel Hawkins Hospital Foundation, or Ag for Hunger, San Benito County Chapter.  To read more about Elsie and to sign the memory book online visit www.grunnagle.com/obituaries.html.

Elsie was predeceased by her parents, Frank S. and Mary Bozzo, her sisters Elverna and Helen, her son Emil Jr. and late husband Emil P. Rossi of 37 years.

Elsie (also known as “the apricot lady” by many) was a Clerical Supervisor in San Benito County Welfare Department. Elsie as a young girl was part of the family farming operation with Father and Mother, later joined by her husband Emil. After Elsie retired she began selling apricots at the local and not so local farmers markets in CA until three years before her passing.

Elsie’s love of family and a tradition based on respect were paramount in her life.

The Ranch and the apricot life that she enjoyed, including her many Farmer’s Markets, created a 2nd family of vendors and customers that fulfilled her life with such joy that she longed to be able to get back to her markets someday.

Elsie loved to gather her family together; whether it was preparing traditional Italian food, (making pasta, raviolis, sausage, salami, canning fresh tomato sauce) or teaching grandchildren her love of fishing and planting a vegetable garden or just sharing a chocolate.

Elsie’s family would like to thank her caregivers from Angels in Home Care specifically Weng, Sonny, Prem, and Sheila for their loving and personal attention. 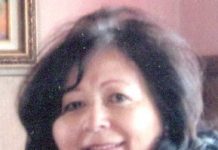 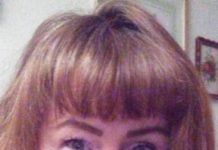